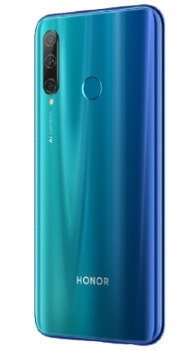 The smartphone is powered by an octa-core Kirin 710F processor clocked at 2.2 GHz. The smartphone is backed by a 4GB of RAM and 64GB of internal storage, which can be further expanded up to 512GB via microSD card slot.