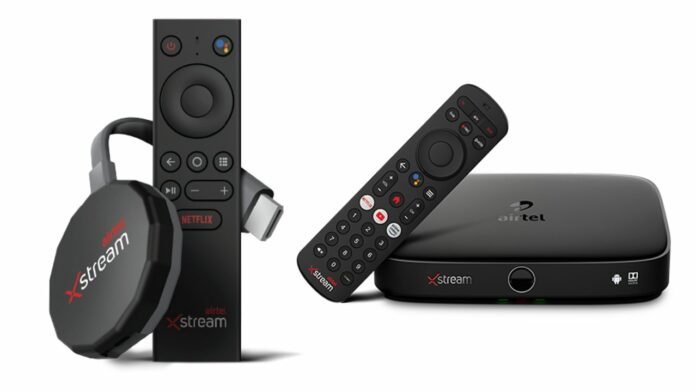 Today, all of us have been getting major entertainment from the popular OTT platforms. These platforms can be enjoyed using the streaming devices in our homes. Few smart TVs cover all the apps and the streaming devices are the most convenient way to watch all your favorite shows and movies from Netflix, Disney Hotstar and other services on your TV. The best media streamers have all the apps like Netflix, Prime Video, YouTube, Disney+ Hotstar and more.

If you are looking for a streaming device, then there are several such options in the market right now. Here are the best media streaming devices that are available in India which are worth buying.

The first device in this list comes from Realme, with its first TV stick in India. The Realme 4k Smart Google TV Stick is priced at Rs 3,999. It runs on Android 11 TV OS out-of-the-box, with support for full-HD resolution at 60 frames per second and HDR10+ support. It is powered by a quad-core ARM Cortex-A35 CPU paired with 1GB of RAM and 8GB of onboard storage.

The device also supports Buetooth 5.0, which lets you pair its remote easily with its streaming dongle. The streaming device features an HDMI 2.0 port and supports streaming platforms such as Netflix, YouTube, and Prime Video.

The Realme Smart TV Stick also allows users to access all their content on their TV, along with access to Google Play, Google Play Games, and other services.

The Xstream Box comes runs on Android 9 Pie OS. It combines both satellite TV and OTT content together through a single device. Along with the benefits offered to Xstream Stick users, Xstream Box will bring users the option to choose from 500 plus TV channels, Netflix, Amazon Prime Video, YouTube and Airtel Store.

The Airtel Xstream Box features WiFi and Bluetooth for connectivity and offers a built-in Chromecast option. There’s a universal remote that features Google Assistant based voice search. It also has dedicated keys for launching Netflix, Amazon Prime Video and YouTube.

The Amazon Fire TV Stick Lite is priced at Rs 2499. Fire TV Stick Lite comes with all the essentials you need to get set up and start watching with ease. And with 50% more power than Fire TV Stick (previous generation), Fire TV Stick Lite delivers quick app starts and fast streaming in Full HD. One can watch tens of thousands of movies and shows from Prime Video, Netflix, Disney+ Hotstar, Zee5, SonyLIV, Sun NXT, ALT Balaji, Discovery Plus and many other Apps.

It comes with a remote control that has Alexa voice search inbuilt. Alexa can also play music, answer questions, read the news, check the weather, and set alarms. Also, it lets you cast your smartphone’s screen. It is powered by a quad-core 1.7GHz CPU and an IMG GE8300 GPU. It comes with 8GB of internal storage.

The Mi TV Stick is currently available at Rs 2,999. Mi TV Stick is a smart, compact and portable gadget that transforms any non-smart TV into a smart TV. It is powered by a quad-core Cortex-A53 CPU and an ARM Mali-450 GPU. It comes with 1GB of RAM and 8GB of onboard storage.

Mi TV Stick runs on Android TV 9.0 version and comes with built-in Chromecast that lets you stream photos, videos, and more from Android smartphone to the TV screen. The device comes with a remote that supports Google Assistant voice controls. It comes with Google Play Store to download apps and games easily. The remote comes with a dedicated button for Netflix and Amazon Prime Video. It comes with 1GB of RAM and 8GB of internal storage.

The Tata Sky Binge+ is priced at Rs 2,999. It is another media streaming device that lets you access all popular DTH channels. offers all live channels like a normal STB and simultaneously also offers Android TV so you can enjoy OTT services like Hotstar, Zee5, Amazon Prime Video, etc.

Subscriber gets the benefit from the ease of choosing and switching between broadcast and OTT app on the same set top box, without switching between multiple HDMI ports. OTT content that the user can watch on this Android Box includes Tata Sky On-Demand Library having thousands of TV shows and Movie titles.

It also has Google’s services like the Google Assistant, Built-in Chromecast, and the Play Store through which you can download a bunch of other apps. It has a memory of 8GB and RAM of 2GB. The memory is expandable with the help of an SD Card. It is compatible with all types of TVs including 4K, HD LED, LCD, or plasma technology as it supports HDMI output and can also be connected to older TV sets over audio and video cable.

The Siri Remote also has a power button that controls a TV’s power, and another for mute. Using Siri, you can easily search for specific shows or movies, control smart home accessories and much more.