The Oppo Reno 6 Pro has been launched in India. The device comes with a quad-camera setup but does it act as a true upgrade over its predecessor? 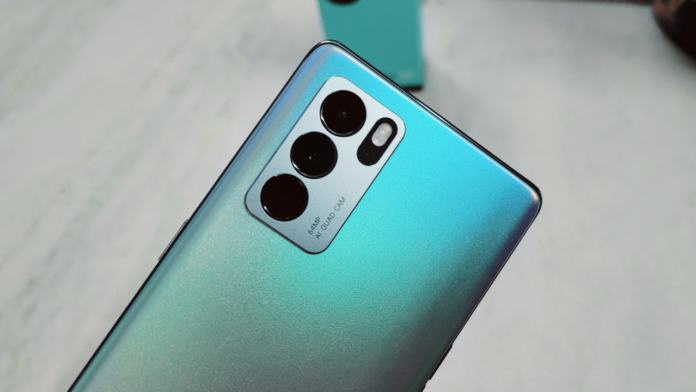 Oppo’s latest smartphone to step foot in India is the Oppo Reno 6 Pro 5G and it is mainly focusing on the camera again this time, same as its predecessor. While the Reno 5 Pro did manage to impress us with cameras but had its own flaws, let’s take a look at what Oppo has improved, and what it hasn’t.

Shots taken in outdoor lighting looked impressive with an adequate amount of detailing and super natural-looking colours. The dynamic range could have been a bit better in our opinion. The HDR was a bit overdone and the photos were less exposed. These photos should have been brighter. An example is the photo above. You can see that even though it was a bright sunny day, it looks like overcast weather conditions.

Wide-angle shots were again impressive with colours and details but the edge distortion was a bit much. The exposure problem was present here as well and the brightness again looked dim. However, the phone did not lose out on sharpness and colours. The colour shifting from primary cam to wide-angle was very less.

The portrait shots had great detailing and accurate edge detection with the right amount of blur. Auto Focus was quick in operation and even tap to focus worked nicely. But again, the cameras are not playing well with exposure and I feel the portraits were under-exposed as well. Because of this, a photo taken in well-lit conditions also looks dark.

When shooting under low-lighting, the resulting photos looked decent. The detailing and sharpness are on point and the phone does surprisingly well in edge detection in low lighting conditions. We were impressed with what we were able to achieve with the Reno 6 Pro under these lighting circumstances.

There’s a lot of smudging when you zoom in even a bit. There’s no amount of sharpness. Shots that were taken while zoomed in straight-up looked disappointing. You might want to avoid clicking these types of shots.

The Oppo Reno 6 Pro gets a dedicated macro camera but the Macro shots were not as good as other photos. The colours weren’t natural and even the detailing wasn’t enough. However, surprisingly the exposure looked fine in these photos. The photos got bright enough but the one thing which Macro shots need the most is sharpness and the photos lacked in that area.

The selfies from this phone looked very good. That 32-megapixel sensor can click great photos under low-lighting or outdoor lighting. The colours look amazing with a good amount of sharpness and exposure. The skin tone stays natural with accurate edge detection in portraits as well. If selfies are one of your priorities, this is the phone to go for.

Shots taken under night had a little amount of sharpness although colours were retained to some extent. When Night Mode was ON, things got better as the pictures brightened up. Also, the sharpness and detailing wasn’t as good but was better compared to the shot I took with night mode OFF.

The photos under artificial lighting were decent to look at. The photos had plenty of details in them while colours looked accurate as well. The sharpness and overall colour tone of the picture were also on point.