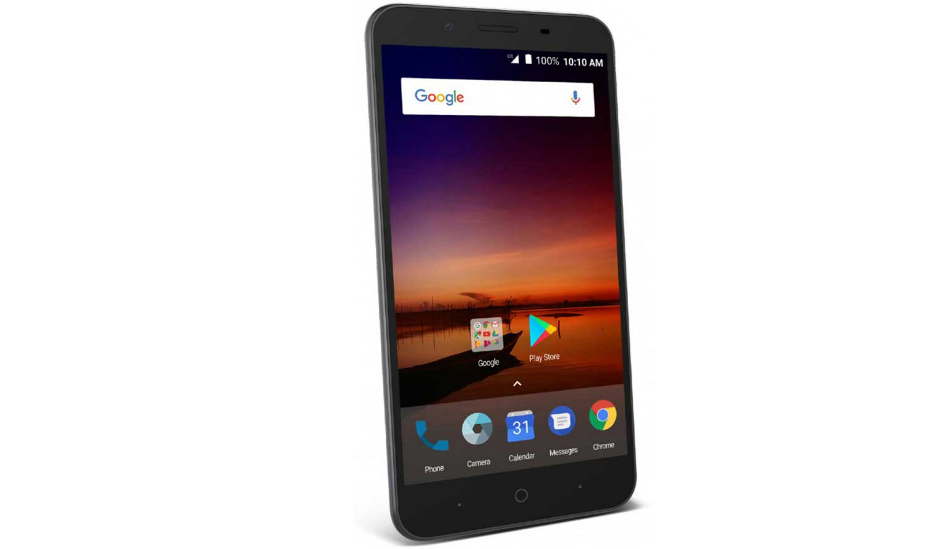 On the camera front, the ZTE Tempo X has a 5-megapixel snapper with LED Flash on the back, and a 2-megapixel selfie shooter on the front.

ZTE has announced its new smartphone in the US, which is named as ZTE Tempo X. The smartphone is priced at $80 which is approximately Rs 5,151 and is available exclusively through Boost Mobile.

The ZTE Tempo X features a 5-inch FWVGA (480 x 854 pixels) display and is fueled by a 1.1GHz quad-core Snapdragon 210 processor and 1GB of RAM. The smartphone comes with 8GB internal storage, which is further expandable to 32GB via microSD card. The smartphone runs on Android 7.1.1 Nougat operating system and is backed up by a 2200 mAh battery.

On the camera front, the ZTE Tempo X has a 5-megapixel snapper with LED Flash on the back, and a 2-megapixel selfie shooter on the front. Further, the smartphone offers dual-SIM, 4G LTE, WiFi (a/b/g/n), Bluetooth 4.1, GPS, 3.5mm headphone jack and a micro USB port.

There is no information as of now about its availability in other markets including India.