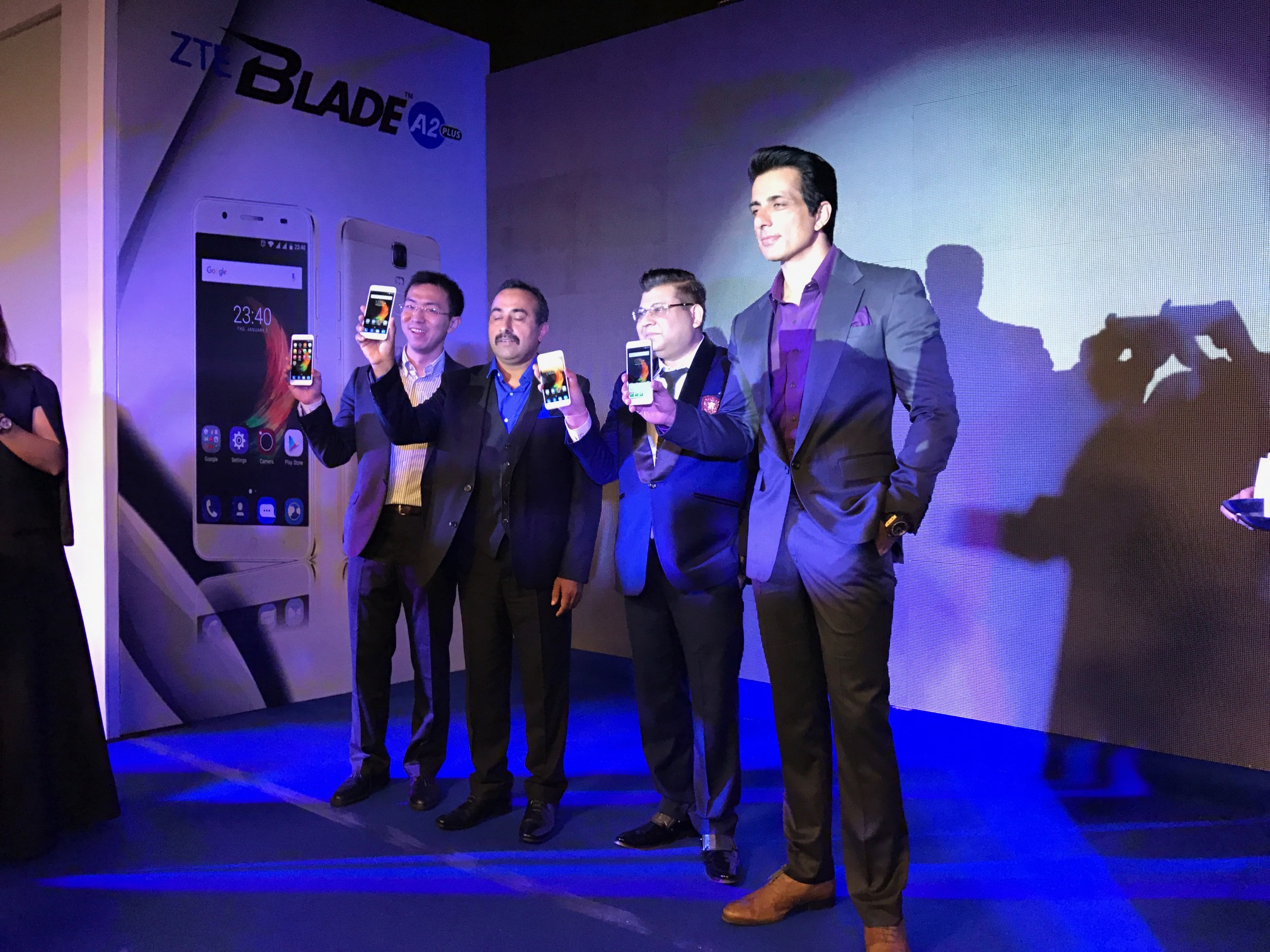 The smartphone also has a fingerprint sensor, which is located on the back of the device.

As expected, ZTE has announced the launch of its new big battery smartphone in India, which is dubbed as Blade A2 Plus. The smartphone is priced at Rs 11,999 and will be available through Flipkart starting 6th Feb, 00:01 hrs onwards. The ZTE Blade A2 Plus comes in Gold and Silver colour options. The Flipkart is also offering extra 1000 off on Exchange. Coming from the usually quite firm, this smartphone has much to talk about.

The ZTE Blade A2 Plus smartphone was first unveiled in China last year. In China, the smartphone was launched in two variants- 3GB and 4GB RAM. The 3GB variant was priced at 1499 yuan (approximately Rs 14,832) while its 4GB variant had a price tag of 1699 Yuan (approximately Rs 16,809). However, in India company has launched the 4GB Variant of Blade A2 Plus smartphone.

As far as specifications are concerned, the ZTE Blade A2 Plus offers a 5.5 inch Full HD 2.5d curved glass display that has 1920 x 1080 pixels resolution which means it has 401ppi display pixel density. The handset is powered by a 1.55 GHz MediaTek MT6750 octa-core processor and Mali T860 GPU. This 4GB RAM variant has 32GB of internal memory and 32GB expandable storage slot. It comes with Android 6.0 Marshmallow operating system and is backed by a huge 5000mAh battery with fast charging support. There is also a fingerprint sensor located on the back of the device.

It has a 13-megapixel rear shooter with PDAF, Dual LED Flash and an 8-megapixel front-facing camera with Single LED flash for video and selfies. For connectivity, this handset offers hybrid dual SIM, 4G, WiFi, Bluetooth 4.1, microUSB, GPS/AGPS and 3.5 mm jack. Its dimensions are 155 x 77 x 10 mm and it weighs 189 grams.