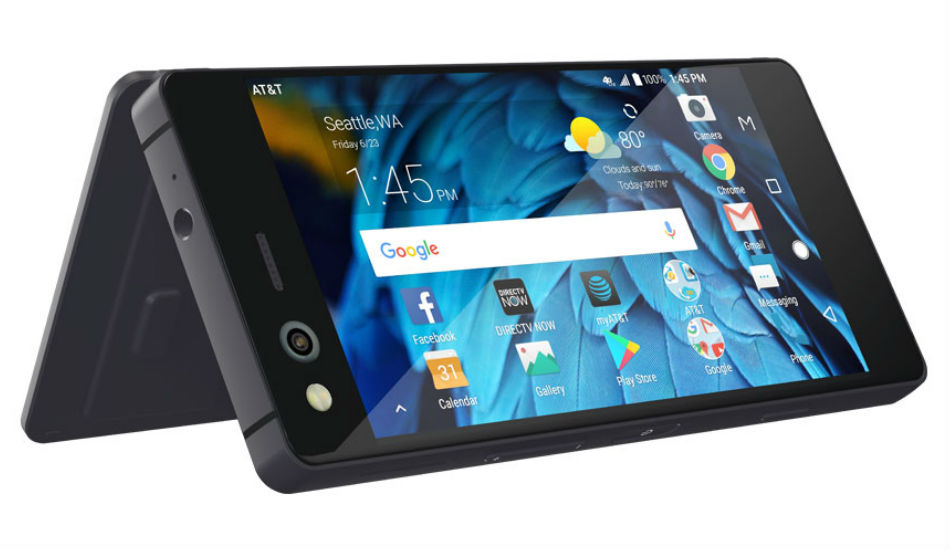 The Axon M features a 5.2-inch Full HD LCD display, which can be unfolded to give a viewing area of 6.75 inches.

ZTE launched it’s first dual-screen phone – ZTE Axon M in the US in October last year. The smartphone was recently spotted on Chinese certification website, TENAA indicating its launch in China soon. Now ZTE is all set to launch Axon M in China on January 16, as per a report of GizmoChina. This will be its first country after its launch in the US last year. The report says thatlater this year, the Axon M will also be released in Japan and Europe.

The Chinese variant of ZTE Axon M is more or less the same as the one launched in the USA. It measures 150.8 x 71.64 x 12.10 mm and weighs 230 grams. It is bulky compared to most smartphones but this is due to its dual screens.

The major highlight of the smartphone is the dual screens, which comes with four different modes. Starting with dual mode, users can open different applications on both the screens. So, for example, you can check Facebook on one screen while watching a movie on another.

Then comes Extended mode, where users can use two screens as one large screen of 6.75-inch Full HD. Mirror Mode shows the same content on both the screen so that you and your friends can watch the same content on one device. Lastly, there is a Traditional mode where you can turn the smartphone into a normal one, only powering on screen, while the other becomes your back panel.

The Axon M features a 5.2-inch Full HD LCD display, which can be unfolded to give a viewing area of 6.75 inches. The phone is powered by a Qualcomm Snapdragon 821 processor along with 4GB of RAM and 64GB of internal storage, which is not expandable in nature.

On the camera front, there is just one camera with a 20-megapixel sensor. The smartphone runs on Android 7.1.2 Nougat and it is juiced up by a 3180mAh battery. There are dual speakers and 3.5mm headphone jack as well.