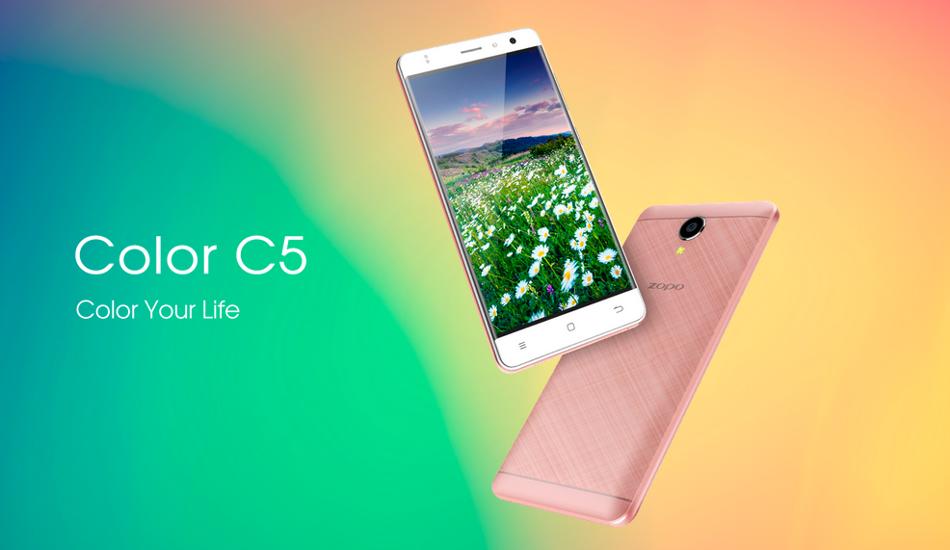 Zopo has announced its latest smartphone under its Color Series, which is named as Zopo Color C5 in Matte black, Champagne, Rose gold and White colour options. As of now, the company has not revealed the pricing and availability of the said smartphone.

For the specs, the Zopo Color C5 features a 5-inch HD 2.5D curved glass display with a resolution of 720×1280 pixels. It is armed with a quad-core MediaTek (MT6737) processor, which is clubbed with ARM Mali T720-MP1 650MHz, 1GB of RAM, and 16GB of internal storage. The smartphone also comes with an option to expand the storage of up-to 64GB via microSD card. The smartphone runs on Android 6.0 Marshmallow operating system.

Moreover, the Color C5 has Multi-Account Application feature, which enables users to clone their favourite apps to create a parallel account, enabling them to use two separate accounts on a single app such as WhatsApp, Facebook etc. It also comes with Barcode & QR code scanner and has floating video integration feature (PiP video, to keep your videos playing while using other apps) as well.