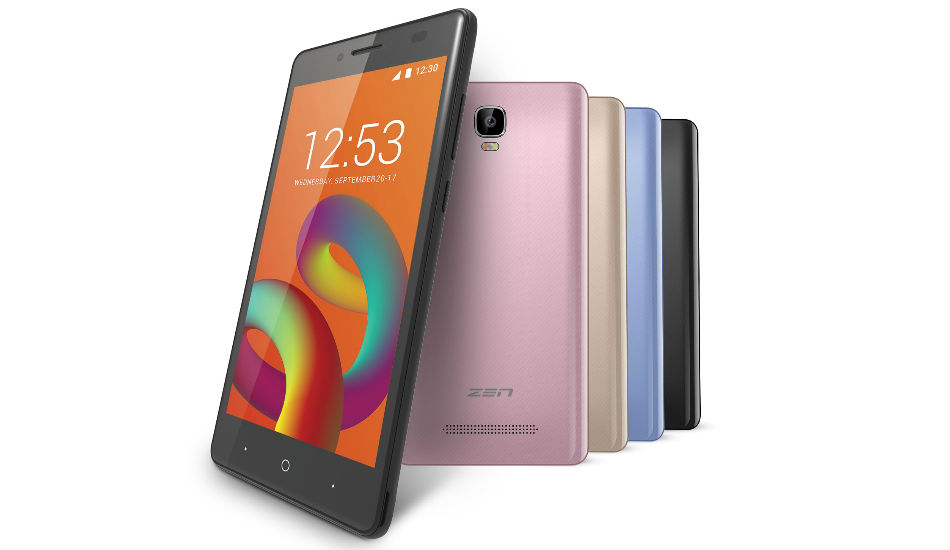 The device will be available at key retail stores starting from November 10.

Zen Mobiles has announced the launch of a new budget-centric smartphone known as the Admire Unity in India. Priced at Rs 5099, the device will be available at key retail stores starting from November 10.

With this, the brand is targeting the first-time smartphones users. The company is offering 365 days handset replacement offer under which if the phone is not repaired within 15 days, users will get a replacement device.

Starting with some key specifications, the Admire Unity sports a 5-inch FWGA display with a screen resolution of 854 x 480 pixels. The phone is powered by a quad-core processor along with 1GB of RAM and 8GB of internal storage, which can be further expanded up to 32GB via micro SD card.

On the camera front, the device sports a 5-megapixel rear camera with autofocus and LED flash, while for the front, there is a 2-megapixel selfie camera. The Zen Admire Unity is backed by a 2300mAh battery and runs on Android 7.0 Nougat. The phone comes loaded with applications such as Amazon Prime Videos, Vistoso, Go2Pay, Chillx and Zen Store. The device also comes pre-loaded with few trial games such as Bubble Bash 3, Modern Combat 4, Motocross: Trial Extreme. On the connectivity front, it supports 4G VoLTE, dual-SIM, Bluetooth, WiFi, GPS and micro USB port.