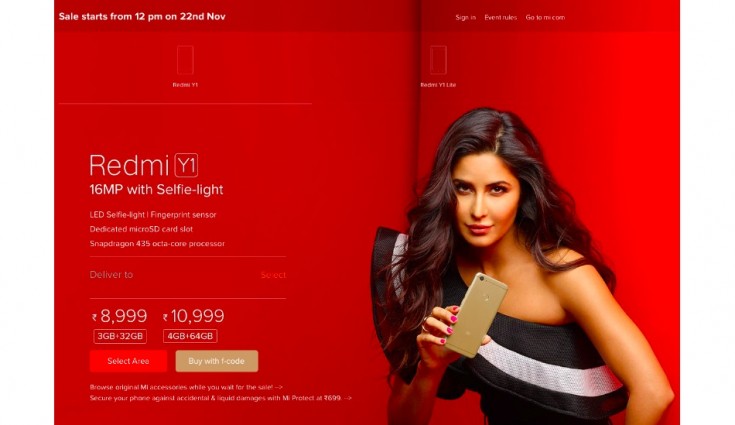 Redmi Y1 Lite and redmi Y1 Have started getting the MIUI 10 over the air (OTA) update as per the smartphone users. While the new version of MIUI brings in a couple of updates for Redmi Y1 and Redmi Y1 Lite, it does not upgrade the OS to Android Oreo. Which implies that even after installing the most recent update, your Redmi phone will continue to operate Android 7.1 Nougat.

The update apparently fixes the issue switching between the rear and front cameras through video calls and also addresses problems around notifications. Furthermore, it’s found to fix problems related to the lock screen, status bar, and notification bar, and also the default recorder app.You can manually check the availability of the MIUI 10 Global Stable update on the Redmi Y1 or the Redmi Y1 Lite by going to Settings > About phone > System update.

Both the smartphones come loaded with a 5.5-inch HD display with a screen resolution of 1280 x 720 pixels along with Corning Gorilla Glass protection. Both of them sports a 13-megapixel rear camera with LED Flash, f/2.2 aperture, PDAF.

On the otherhand, Redmi Y1 Lite phone is powered by a 1.4 GHz quad-core Snapdragon 425 processor and Adreno 308 GPU coupled with 2GB RAM, 16GB internal storage, and expandable memory up to 128GB via microSD card slot. For the selfies, it features a 5-megapixel front-facing camera with f/2.0 aperture. Both of them are dual-SIM variants and werelaunched with Android 7.1.1 Nougat based on MIUI 8 operating system.