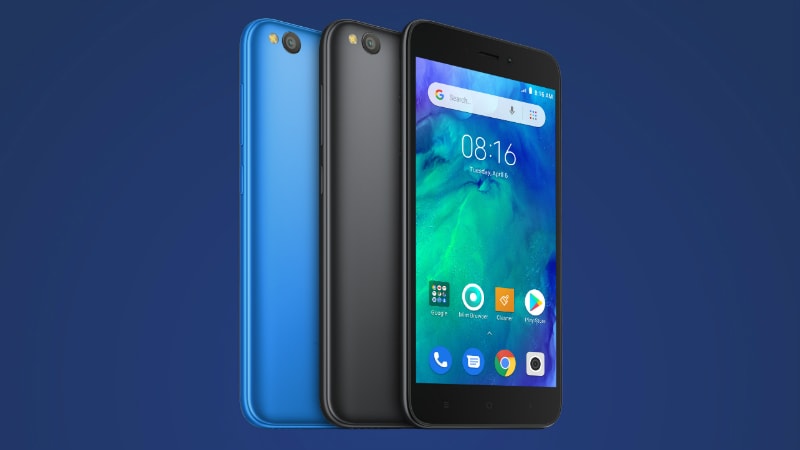 Xiaomi is working on its first Android Go phone – Redmi Go which is first likely to launch in the Philippines. Now ahead of launch, full specifications for the new smartphone have surfaced online.

The official Facebook account for Xiaomi Philippines has shared a post teasing the launch of a new phone. The post also has the hashtag #GoSmartDoMore. The company’s official retail partner Lazada, first spotted by Revu.com.ph, has also listed the Redmi Go along with the specifications via a poster. The poster also has the same tag line Go Smart, Do More like the Facebook post.

As per the specifications, the Xiaomi Redmi Go will feature a 5-inch HD (720×1280 pixels) display along with 380 nits of brightness and a 16:9 aspect ratio. It will be powered by quad-core Qualcomm Snapdragon 425 SoC, coupled with Adreno 308 GPU. The phone will have 1GB of RAM, 8GB of internal storage that is expandable up to 128GB via microSD card.

The listing shows Redmi Go listed in two colour variants- Black and Blue. However, it does not reveal the price of the upcoming handset. The phone runs Android 8.1 Oreo (Go edition) and is backed up by a 3,000mAh battery. It has an 8-megapixel rear camera with LED flash, HDR, 1.12-micron pixel size and f/2.0 aperture. For the front camera, the Redmi Go has a 5-megapixel camera sensor with 1.2-micron pixel size and f/2.2 aperture.