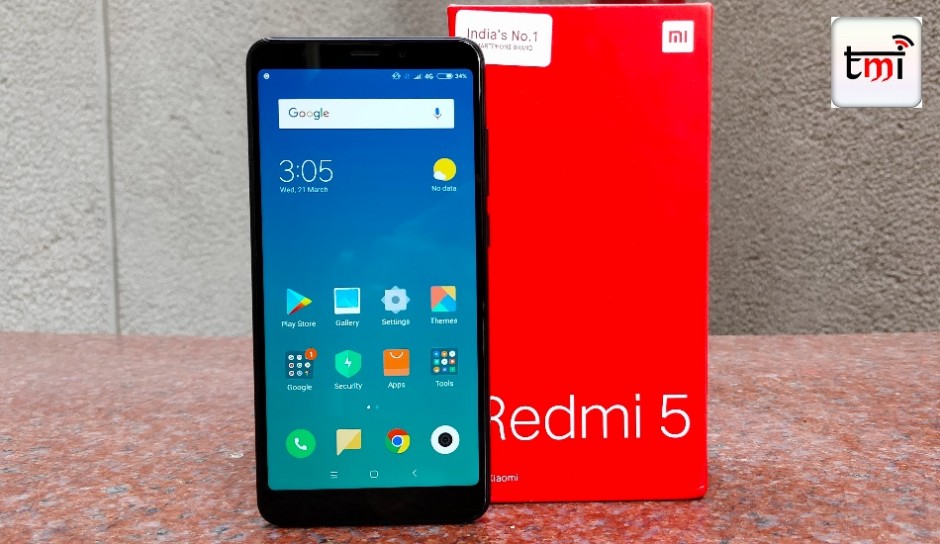 Xiaomi is now rolling out the Android 8.1 Oreo update to the Redmi 5 based on MIUI 10 Global ROM and the update is finally in its stable form. Weighing in at 1.3GB, the latest update shifts the firmware version to MIUI 10.1.3.0.ODAMIFI and seeds the November 2018 batch of Android Security updates from Google.

Xiaomi is now rolling out the Android 8.1 Oreo update to the Redmi 5 based on MIUI 10 Global ROM and the update is finally in its stable form. The latest update shifts the firmware version to MIUI 10.1.3.0.ODAMIFI and weighs in at 1.3G. Besides the features from Android Oreo, the Redmi 5 device also gets the November 2018 batch of Android Security updates from Google.

As expected, Android Oreo brings new features to the Redmi 5 such as the Picture-in-Picture mode which lets you use certain apps on a little pop up while you multitask to other apps. Auto-fill is something which comes in really handy when registering on a portal or anywhere on the internet. Smart Selection will recognise texts and would give an option to search it on maps if it’s an address, call if it’s a phone number etc. 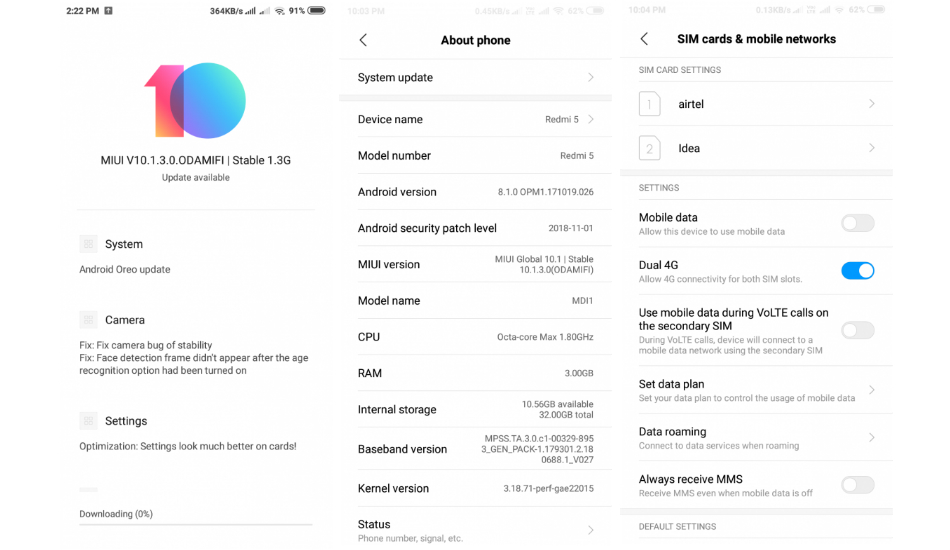 The latest update also rolls out support for Dual 4G VoLTE on the Redmi 5 which recently went live through a Global beta update earlier this month. The latest update is rolling out in a phased manner and we can expect all units of the Redmi 5 to run on Android 8.1 Oreo in the coming weeks.

To recall, the Redmi 5 features a 5.7-inch HD+ display with a screen resolution of 1440 x 720 pixels. It’s powered by a 1.8GHz Octa-Core Snapdragon 450 processor, along with Adreno 506 GPU, up to 4GB of RAM and 64GB of internal storage. On the camera front, Redmi 5 smartphone sports a 12-megapixel rear camera with LED Flash, 1.25μm pixel size, and a 5-megapixel front-facing camera with LED flash for selfies and video chats. The device has a fingerprint sensor at the back and is fuelled by a 3200mAh battery.