The Mi Max 3 will reportedly be running on Android Nougat that will be skinned with MIUI 9.

Xiaomi launched Mi Max 2 in India last year for Rs 16,999 with a huge 5300mAh battery and a massive 6.44-inch Full HD display. We already know that the company is working on its successor which is dubbed as Xiaomi Mi Max 3. Recently, a live image of Xiaomi Mi Max 3 was leaked which revealed dual camera set up at the back. Now again, a couple of live images of Mi Max 3 have been leaked which reveals its front and top view.

As per images leaked by Slashleaks, the device seems to be a bit elongated. This may be a clear indication that the Mi Max 3 might feature a bezel-less display with 18:9 aspect ratio. The front view of the device shows the selfie camera, earpiece and the sensor. The topside of the Max 3 shows featuring an IR blaster minus 3.5mm headphone jack. It might be a possibility that the 3.5mm audio jack is placed at the bottom of the phablet or the company may just remove it from the phablet. 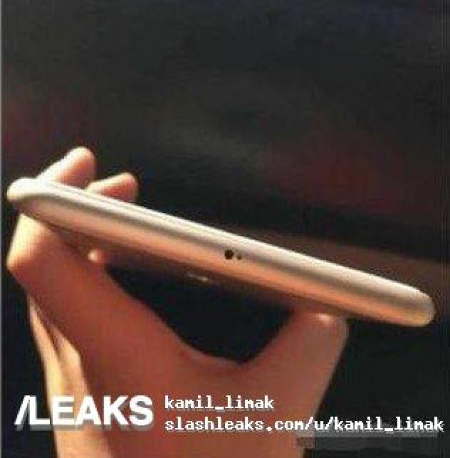 The earlier leaked image revealed that the dual camera setup with dual LED flash at the back and fingerprint scanner. There are also antenna lines on the top of the device. The power button and the volume rockers are placed on the right of the device.

Earlier a leakster leaked the specification sheet of the Xiaomi Mi Max 3 along with its pricing on Chinese microblogging website, Weibo. The smartphone will be powered by Snapdragon 635 or Snapdragon 660. For the camera, the Mi Max 3 is said to boast a 12-megapixel rear camera and a front-facing camera of 5-megapixel for selfies and video calls. However, some sources have also claimed that the Mi Max 3 will be arriving with dual rear cameras.The Mi Max 3 will reportedly be running on Android Nougat that will be skinned with MIUI 9.

As far as the pricing is concerned, the leaks have also revealed that the Xiaomi Mi Max 3 base variant will be priced at 1,699 Yuan which is approximately Rs 16,842.