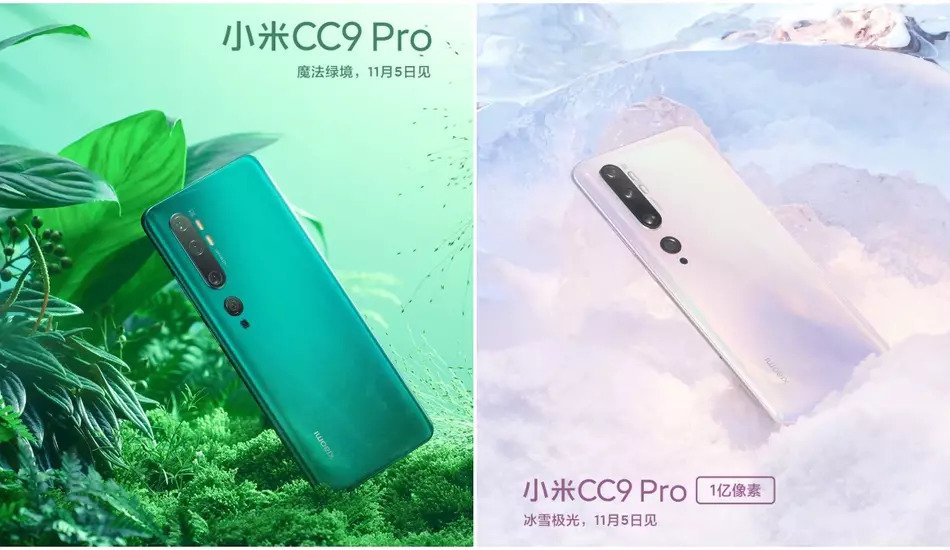 Xiaomi has announced that the Xiaomi Mi CC9 Pro will be powered by Qualcomm Snapdragon 730G chipset.

Xiaomi is all set to launch Xiaomi Mi CC9 Prosmartphone on November 5 in China. Now ahead of the launch, the company has confirmed the processor details of the upcoming smartphone.

In a teaser poster, Xiaomi has announced that theXiaomi Mi CC9 Pro will be powered by QualcommSnapdragon 730G chipset. Theperformance of the Snapdragon 730G is significantly improved with the CPU increased by 35%, the GPU increased by 25%, and the AI performance improved by up to 100%. Apart from chipset, the teaser again confirms that the phone willsport penta-lens camera setup.The CC9 Pro will feature NFC support and come with infrared sensor. It willalso have a 3.5mm audio jack with support for Hi-Res audio. 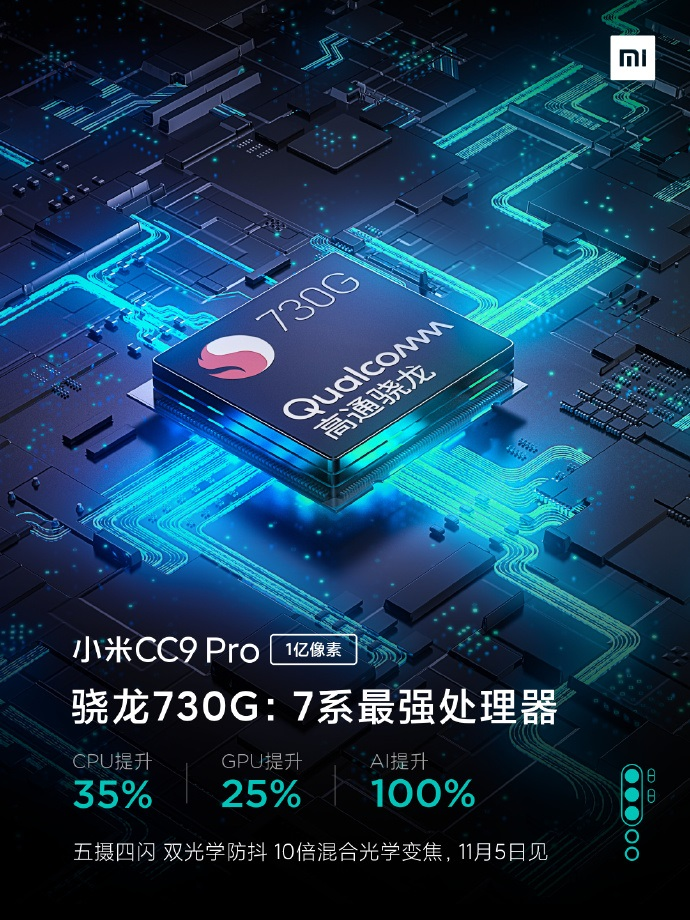