Xiaomi Mi A2 receives yet another price cut in India 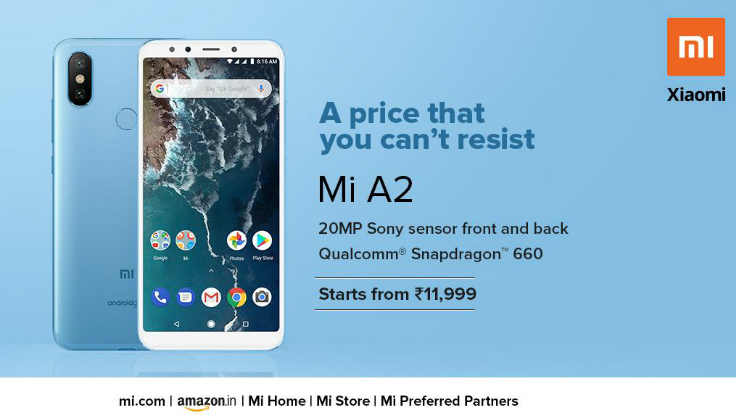 This is the third price cut of the phone since its launch in August last year.

Xiaomi has officially reduced the price of its second Android One-powered smartphone, the Mi A2, in India. This is the third price cut of the phone since its launch in August last year.

To recall, the smartphone was launched in India in August last year at a price tag of Rs 16,999. The company slashed the price by Rs 1,000 in November, followed by Rs 2,000 price cut in January. The new rate will be available on Amazon, Mi.com, Mi Home Stores and Mi Preferred partner stores.

Recollecting key specifications, Mi A2 features a 5.99-inch Full HD+ IPS LCD display with a screen resolution of 2160 x 1080 pixels and an aspect ratio of 18:9. It is armed with the Qualcomm Snapdragon 660 chipset along with Adreno 512 GPU, up to 6GB RAM and 128GB of internal storage. The device is backed by a 3010mAh battery with Quick Charge 4.0 fast charging support.