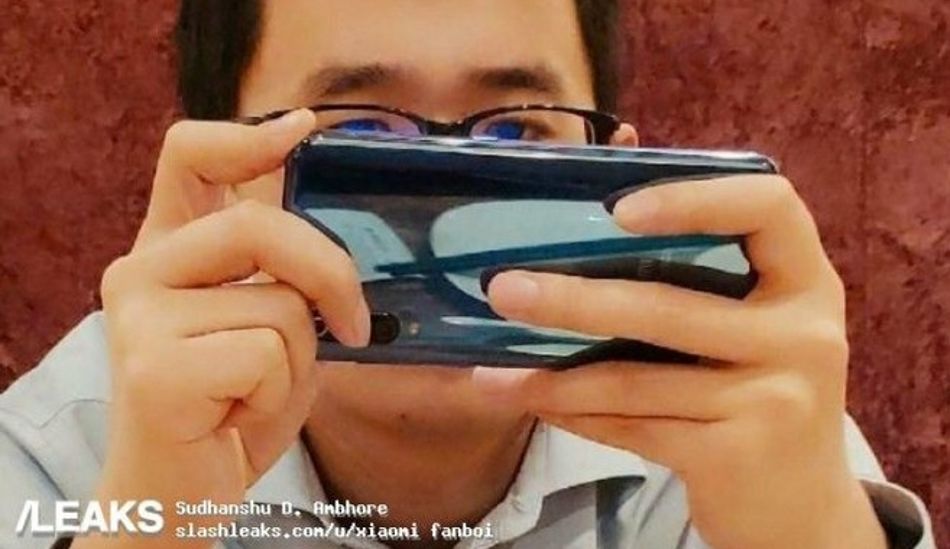 Xiaomi is working on Xiaomi Mi 8 successor, dubbed as Xiaomi Mi 9 which has already been leaked multiple times. The phone has now surfaced in a hands-on image which reveals few key design details.

The hands-on image is shared by Xiaomi product manager, Wang Teng Thomas, via SlashLeaks on Weibo which he later deleted. But the photo was saved by someone before he took it down. The image showed just the back of the phone, but it still provided us with some important information.

The image has confirmed that the Xiaomi Mi 9 will be featuring triple rear camera setup, even though only two sensors are visible. The cameras are arranged vertically and the LED flashlight is right below the sensors instead of between the sensors.

The Xiaomi Mi 9 recently appeared at 3C certification which confirms the device has 27W fast charging which revealed that Mi 9 carries support for up to 27W fast charging. Xiaomi’s President Lin Bin, CEO Lei Jun and Product Director Tang Weng Thomas are also teasing the February 19 date. However, it is not known if the company has scheduled a launch event on the said date, but as per rumours, Xiaomi Mi 9 might debut on that date.

As per earlier reports, the Xiaomi Mi 9 will feature a 6.4-inch full-HD+ AMOLED display with 19:9 aspect ratio an in-display fingerprint scanner. It is rumoured to be powered by the Snapdragon 855 SoC with the X24 LTE modem. It will start with 6GB of RAM and 128GB internal storage and will have up to 8 or 10GB of RAM and 512GB of internal storage.

For the camera, Xiaomi Mi 9 will sport a triple rear camera setup – with one 48-megapixel Sony ImX586 sensor, a 12-megapixel telephoto lens and a 3D TOF sensor as well. For the front, the smartphone will feature a 24-megapixel Sony IMX576 sensor. It will run Android 9 Pie with MIUI 10 on top. For dimensions, the phone will measure 155 x 75 x 7.6mm.