Xiaomi Mi 4 At A Glance

Xiaomi Mi 4 is all set to be launched in India tomorrow, succeeding Mi 3 as the flagship phone of Xiaomi in India.

The much awaited Xiaomi Mi4 is going to be unveiled in India tomorrow, January 28, and we at The Mobile Indian are very excited to see how it fares. The pricing of the device will be crucial, which will decide the fate of Mi 4 against OnePlus One and other phones in the same price bracket. 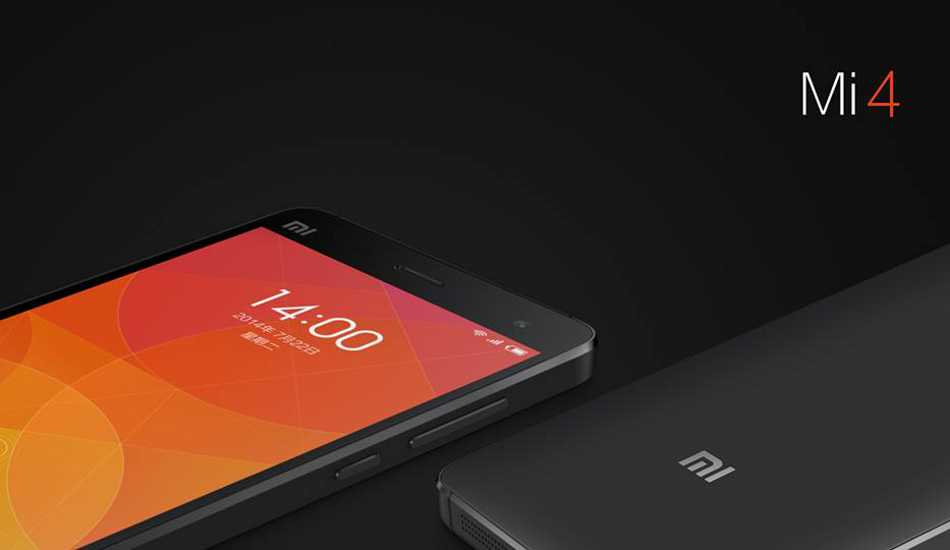 Here we have recapped the features of the Xiaomi Mi 4.

The Xiaomi Mi 4 comes with a 5 inch display as the Xiaomi Mi 3. This IPS display has full high definition (1080 x 1920 pixels) resolution, resulting in a pixel density of 441 ppi. IPS technology allows for wider viewing angles while full HD resolution would definitely make it a great device for video playback, gaming as well as to read books. However, the Xiaomi Mi 4 misses out on the Corning Gorilla Glass 3, a surprising omission, as the Xiaomi Mi3 had it.

The Xiaomi Mi4 runs on Android KitKat (4.4) and has a customised user interface – MIUI 5.0. The MIUI has a lot of features neatly tucked away. However, it still won’t be as attractive as the latest Android 5.0 Lollipop version which the phone would hopefully get soon.

The Xiaomi Mi 4 is armed with a quad-core 2.5 GHz Snapdragon 801 processor, and it runs with 3 GB of RAM. Internationally, there are two versions of the phone, one with 16 GB of internal storage, and the other with 64 GB. Note that none of the versions have any memory card slot. We expect that since the Mi 4 will be competing with the OnePlus One, Xiaomi might launch its 64 GB version in India.

The primary camera of the Xiaomi Mi 4 is a 13 megapixel shooter, with 1/3 inch sensor size, auto-focus, geo-tagging, smile detection, flash, panorama, and HDR. It can record videos in 2160p resolution and at 30 fps, and in slo-mo at 120 fps at 720p. The secondary camera, the selfie taker, is an 8 megapixel unit which too can record videos at 1080p resolution and at 30 fps.

At this price, it is hard to imagine an omission in connectivity functionality, and the Xiaomi Mi 4 does not disappoint. It comes with bags of options, such as 4G, GPS, GLONASS, Bluetooth 4.0, WiFi, MHL (mobile high definition link) for connecting your phone to your TV etc; DLNA, and NFC.

The 3080 mAh battery of Mi 4 claims to offer 12 hours of talk time or 320 hours of standby. The size of the battery seems to be decent, and lasting a full day should not be a challenge, with reasonable usage patterns.