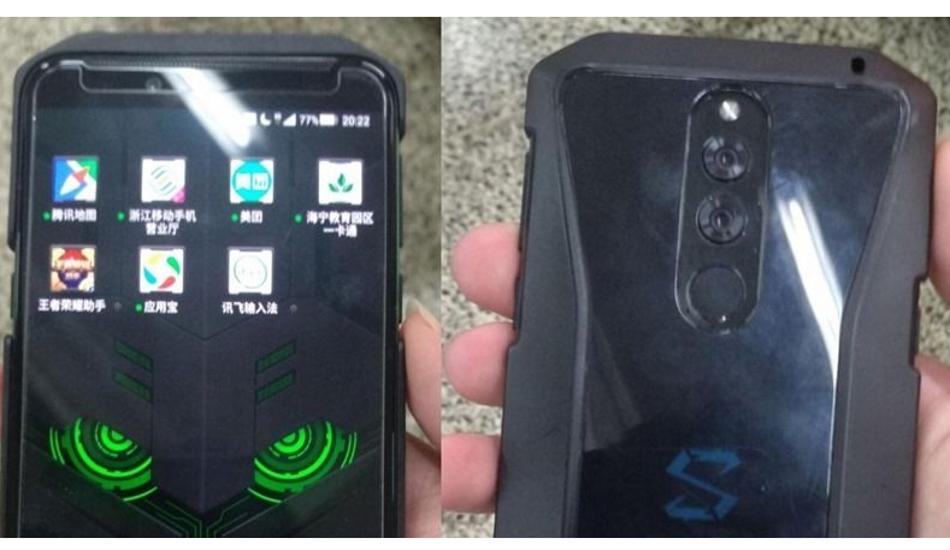 Xiaomi Black Shark 2 will be the successor of Xiaomi’s Black Shark gaming phone was announced earlier this year in China.

As per the GeekBench listing, the Xiaomi Black Shark 2 will run on Snapdragon 845 1.77 octa-core processor. The processor will be coupled with 8GB of RAM and the operating system is revealed to be the Android 8.1 Oreo. The smartphone scored 2,403 points in the single-core test while in the multi-core test, it scored 8,389 points. The phone is listed with model number AWM-A0 on the GeekBench listing.

The hands-on images show the front and the back panel of the Xiaomi Black Shark 2. The phone features solid glass panel with RGB-embedded Black Shark logo. There is also a protective glass covering the display. The images show the dual camera module arranged vertically at the centre. Just below it, lies a fingerprint sensor. The right side features volume rocker and power buttons and the left side features a third key which is expected to be the Shark Key for the performance boost.

To recall, the specs of Xiaomi Black Shark, the device features a 5.99-inch Full HD+ display with a screen resolution of 2160 x 1080 pixels. It is powered by 2.8GHz octa-core Qualcomm Snapdragon 845 processor along with Adreno 630 GPU coupled with 6GB/8GB and 64GB/128GB of storage. The camera comes with dual cameras with a combination of the 12-megapixel sensor and 20-megapixel sensor. For the front, there is a 20-megapixel shooter. It runs on Android 8.1 Oreo and it is backed by a 4000mAh battery Qualcomm Quick Charge 3.0.