Xiaomi 11i Hypercharge launch in India on January 6: What we Know So Far

Xiaomi 11i HyperCharge will launch in India on January 6. The phone will be available for purchase via Flipkart in India post launch. 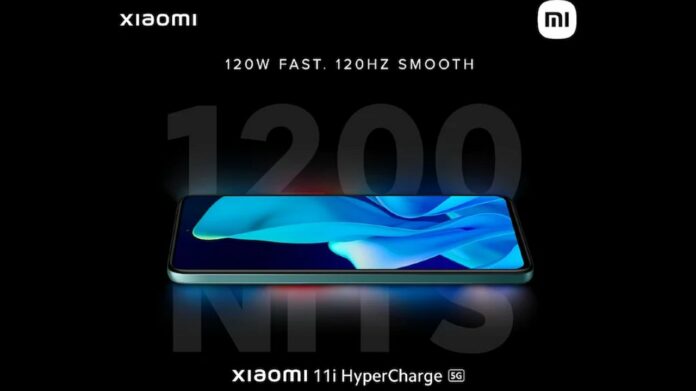 The launch of the Xiaomi 11i Hypercharge in India on January 6 is old news. Now Xiaomi has confirmed that its upcoming smartphone will support 120W fast charging.

In addition, the phone will be available for purchase via Flipkart in India. Ahead of the launch, let’s look at the Xiaomi 11i Hypercharge specs, features and more.

Xiaomi India Sandeep Sharma’s senior marketing manager has launched a poster for the upcoming 11i HyperCharge smartphone. As per the poster, the new smartphone will come with a super bright AMOLED display that will support 1200 nits brightness. In addition, the phone will come with Full HD+ resolution and a 120Hz refresh rate. The poster also reveals that the smartphone will have a center-aligned punch-hole display with slim bezels.

According to the rumours, the Xiaomi 11i HyperCharge will be a rebrand of the Redmi Note 11 Pro Plus 5G smartphone launched back in October in China.

The phone will feature a 6.67-inch AMOLED display with a 120Hz refresh rate. Further, there will be a 360Hz touch sampling rate and a punch hole at the front. In addition, it will pack an octa-core MediaTek Dimensity 920 SoC. The chipset will be paired with up to 8GB of RAM and up to 256GB of storage.

At the rear, the phone will come with a quad-camera setup. This setup includes a 108-megapixel f/1.89 primary sensor with dual ISO. In addition, there will be an 8-megapixel ultrawide cam with 120-degree FoV ( Field of view) and a 2-megapixel telemacro camera. The front-facing camera has a 16-megapixel sensor. The device is also likely to have a 4,500mAh battery.