With be among top 3 handset players in India within one year: LeEco

To become one of the top 3 mobile phone makers in India, LeEco is betting big on services.

“We will displace one of the top 3 players – Samsung, Micromax, Intex – in India within one year,” claimed Atul Jain, the chief operating officer of LeEco. 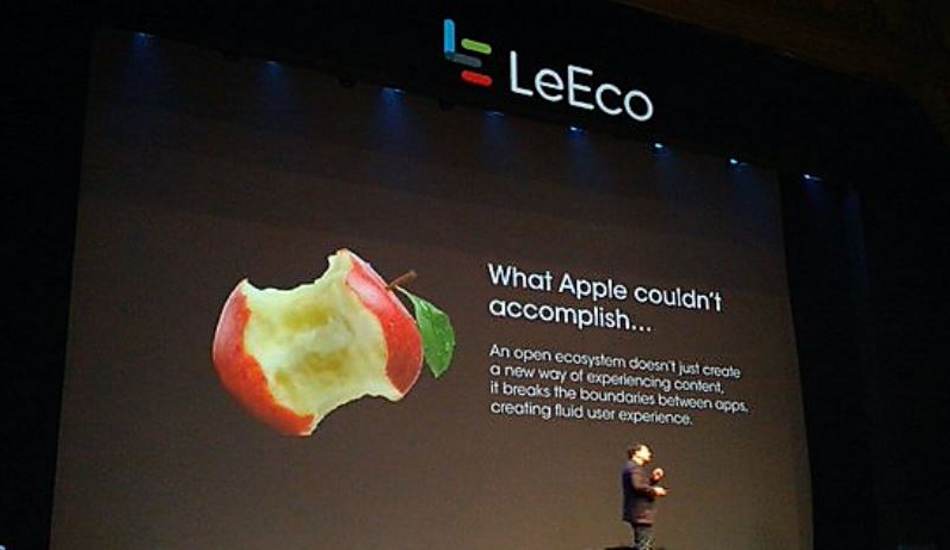 The company also plans to set up its R&D centre in Bangalore within this year, with more than 1,000 employees. It is also evaluating plans to manufacture its devices in India.

LeEco’s statement, of becoming one of the top 3 players in India by this year end, may sound a bit optimistic. Ofcourse its first three devices got a lot of attention with their specs and beautiful design. Among the three devices that were launched yesterday include Le 1s which is priced at Rs 10,999, Le Max at Rs 32,999 and Le Max Sapphire at unbelievable Rs 69,999.

You can check out their specs here. To read out hands on report of Le Max, click here.

Coming back to LeEco’s ambitious plans, the company has a lot to do now. As per LeEco, its initial focus is on devices and content offerings. Going forward it plans to bring its complete ecosystem to India and is currently focussing on strengthening the development of its internet app services.

LeEco’s emphasis on services is palpable. The company was founded in 2004 in China as a small video-streaming company and now it has become a USD 12 billion company and has diversified to many fields including internet TV, smart gadgets, large screen applications and even boasts one of the world’s largest content libraries which includes movies, TV dramas, entertainment shows etc.

To replicate its China success story in India, it has taken few steps already. For the Indian market, LeEco has already joined hands with Eros International for video-on-demand service and YuppTV for TV content streaming.

To gain consumer’s confidence, the company is also strengthening its service networks across India. As per the press statement issued by the company, it is building 555 service stations in prime locations around India. It is also offering enhanced warranty policies under which it will replace the phone if it gets broken or stop working. Usually, other companies force the users to wait for several days to get their devices fixed. However, LeEco did not elaborate on warranty conditions.

Chinese philosopher Laozi once said, “A journey of a thousand miles begins with a single step.” LeEco has definitely taken that single step in India. However, everything will depend on its products and services. In China, it was producing a lot of contents on its own. But here in India, it is depended on third party service providers (atleast as of now). So it will be interesting to see how LeEco proceeds forward from here on.