5G is expected to drive further growth in the smartphone market, especially after the rollout of services in India. 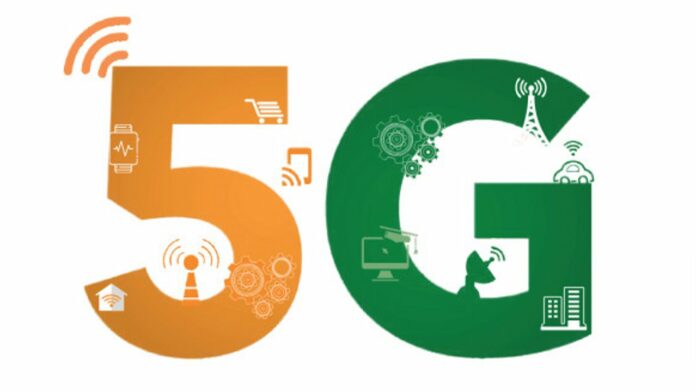 Today 5G has become standard in most new smartphones as there have been back-to-back launches of 5G phones. India will continue to roll out more and more 5G phones in the coming times. So is it possible that India will have more 5G phones than 4G phones by 2023? Well, an IDC report suggests this only.

As per industry analysts, 5G is expected to drive further growth in the smartphone market, especially after the rollout of services in India. However, it is to be noted that 5G speeds and coverage will solely depend on your telecom operator. The 4G phones will continue to function for years to come.

5G is the 5th generation mobile network which is faster than 4G. 5G wireless technology promises faster data speeds, low latency, reliability, and a more consistent user experience. Their speeds can be up to 100 times faster than 4G speeds. But 5G is not only about fast speeds but also about capacity, bandwidth and uniform and consistent network.

5G phones are those devices that can connect to 5th Generation wireless networks. You will need to get a new smartphone that supports 5G if you want to be able to use the network. As the 5G rollout timeline progresses, more smartphones with 5G support will come in future.

What is the 5G scenario in India?

All flagship smartphones launched in India this year come with 5G support. The most recent launch is OnePlus 10T which is launched for Rs 46,999 for the base 8GB RAM + 128GB storage variant. Some other notable 5G launches are Oppo Reno 8, Reno 8 Pro, iQOO Neo 6, Realme 9 Pro+ 5G, Redmi K50i 5G, Nothing Phone 1 and OnePlus 10R.

Earlier this week Indian Government successfully completed the 5G spectrum auction. It received a record Rs 1.5 lakh crore of bids by four companies, including Reliance Jio, Bharti Airtel, Vodafone Idea and Adani Data Networks. Airtel has already announced to roll out its 5G Services in August in the country.

Airtel said it has acquired 19,800 MHz spectrum by securing a pan India footprint of 3.5 GHz and 26 GHz bands. In addition, it acquired some mid-band spectrum as well. The company spent Rs 43,084 crore in the auction.

In a report, IDC India has said that the total 5G smartphone shipments have reached 50 million since the launch of the first 5G smartphone in 2020. It is expected that the shipments will rise by the end of the year to 90-95 million, which is an increase of 15 percent as compared to last year.

This will be primarily due to a decline in 4G smartphone sales as people will start migrating to 5G post roll out of 5G services in India. So the 5G shipments are said to overtake 4G shipments next year.

Counterpoint Research report reveals that current shipments of 5G smartphones is 29 per cent which is expected to increase up to 38 per cent by the end of this year. Prachir Singh, senior analyst at Counterpoint Research said, “We believe 5G shipments will surpass 4G shipments in 2023. Commercial availability of 5G networks will be an inflection point to drive more 5G phone sales.”

What are the benefits of having more 5G phones in India?

For phones that support 5G bands in India, customers can seamlessly upgrade to 5G services. In the coming days, more and more people will prefer 5G phones as the cost of 5G phones has decreased in recent times. Another interesting aspect is that the most sought-after segments in India are between Rs 10,000 and Rs 20,000. Many smartphone brands have already launched their 5G phones in this price segment.

In addition to powering ultra-low latency connections, 5G will allow downloading full-length high-quality video or movie to a mobile device in a matter of seconds. With users increasingly looking for faster internet speeds and a consistent network, they are investing in 5G-ready devices for a future-proof smartphone experience.

What role will telco plan in adoption of 5G in India

In the last few months, India’s telecom companies Reliance Jio, Bharti Airtel and Vodafone Idea have stated that they are prepared to launch 5G in the country and have been conducting trail as well. The 5G spectrum auction has concluded in India, and now the ball is in the operator’s court.

Will India leapfrog into 5G will depend largely on operators because without them rolling out the services, no headway can be made.

They will need to ensure latency (minimum communication delay) and also learn how to monetise on this 5G technology. But will have to take care of bottlenecks.

Lets’s talk about the first headache – Low latency. It will be one of the major features that enterprise customers and IoT players would like to take advantage of when 5G is commercially launched. The operators would have to ensure that there are no black spots in the network coverage so that their operations, like commands sent in the manufacturing unit or managing traffic lights, are not hampered.

The next challenge will be convincing users to pay more for 5G services so that the average Revenue per User (ARPU) doesn’t take a hit which might make offering 5G services financially unviable. It is well-known fact that India has traditionally been a price-sensitive market, and mobile tariffs have been the lowest in the world, so getting users to spend more might be a tricky scenario.

One might see operators launch the 5G services at 4G rates at the time of launch, but gradually, once the customer is convinced about the service, they might increase the 5G Tariffs after seeing an increase in adoption.

Mobile brand’s role in the adoption of 5G in India

Talking of the mobile brands, Xiaomi is keen to launch 5G phones across all price points in India. So the company might launch a mid-range 5G device or a flagship 5G device soon. Xiaomi’s Murlikrishnan said, “We have been working closely with various telecom operators for over two years now and have extensively tested most of our models for usability.”

Meanwhile, Realme is also planning to launch a cheap 5G smartphone this year. Realme India CEO Madhav Sheth has said that the company will launch a 5G phone for around Rs 10,000 and Rs 15,000 in the second half of 2022. As per him, this is a “much-needed addition, especially ahead of India’s 5G rollout expected to happen in the second half of 2022.”

Oppo India vice-president and R&D head Tasleem Arif added it has also collaborated with industry players and telecom operators on the 5G experience.

The mobile bands are good at marketing products, and for 5G also, they will do the same. As a matter of fact, they have been doing it for almost the last 18 months for 5G smartphones. But, the main cause of worry for handset brands will be the current shortage of chipsets. If it continues, their marketing efforts are not going to bear fruits.

It is expected that the prices of 5G smartphones will go down by the end of the year or by the first quarter of 2023 as operators would have rolled out the service, and demand for 5G is expected to witness an increase. So how fast the mobile brands can get the price of 5G smartphones in the budget category and with multiple options to choose from will shape the process of 5G adoption in India.