Why Nubia Red Magic 3S may not do well in India? 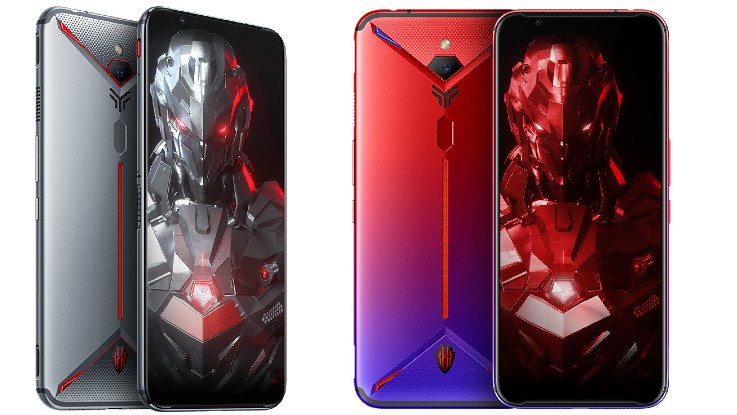 Nubia, the ex sub-brand of ZTE, has today announced the launch of its latest gaming smartphone, the Red Magic 3S, in India. The smartphone comes with a price tag of Rs 35,999 for the 8GB RAM and 128GB of internal storage variant, while the 12GB RAM option is priced at Rs 47,999.

With this, Nubia is trying to carve a niche for itself in the mid-premium segment and trying to woo the gaming community. The gaming smartphone is loaded with the latest technologies along with some decent design language. However, the question, does it make any sense to go for this gaming smartphone when the competition is offering some really good products? Or giving the latest specs is the only thing to sell a smartphone, especially, in this price range? The answer is more than the eyes meet.

Nubia does not have a good past record for Indian market!

In 2015, Nubia entered the smartphone market in India with its Z8 Mini smartphone. The company stressed heavily on the camera in front of its products and some of them were good as well. The company then introduced its Nubia Z11 on December 2016 followed by some launches in the budget segment and mi-range segment.

However, things went out of control for the brand when the Chinese companies started heavily marketing their products and introducing far more superior smartphones than Nubia. The company was not able to face the heat from the stiff competition, thus, it brought down the launch intensities and went silent for a few years. The company, all of a sudden, came back from sleep mode and marked its re-entry into the Indian market with a new approach, gaming smartphones.

Nubia is still not a known name in India

Let’s be frank, Nubia did not get the stardom like other Chinese brands in the smartphone market and to some extent, the brand is to blame. We have seen brands like Oppo and Vivo, which took the right steps in creating a brand image in the mind of consumers. The latest example is the Realme. The new-age brand created room for itself in the highly-competitive market by introducing a new slew of products that carried aggressive price tags and gave the best specs along with the latest design at different price points. This coupled with user engagement, building a strong community, listening to the feedback and more, Realme created a strong brand recall value for itself within a span of one year.

However, for Nubia, this was not the case. The company did little to create a brand image in the mind of Indian consumers. The lack of India-centric strategy and lack of building a strong community, user engagement and so on, Nubia failed to create any brand reputation for itself. And to this point, with its latest launches, the brand recall value is quite low as compared to other players like Asus, OnePlus and more in the price range.

We agree that Red Magic 3S offers the latest hardware specifications, but what about the cameras, which is a weak point of this smartphone. The phone is loaded with a single 48-megapixel rear camera with Sony IMX586 sensor, 0.8μm pixel size, f/1.75 aperture and dual-LED flash. For the front, it is loaded with a 16-megapixel selfie shooter with f/2.0 aperture.

To give you a context, the Asus ROG Phone 2 offers far better cameras as compared to this one. The smartphone comes loaded with a dual-camera setup with a combination of 48-megapixel primary lens along with a 13-megapixel wide-angle lens with a 125-degree field of view. For the front, the company has added a 24-megapixel selfie shooter. The smartphone is also a gaming smartphone, but still, it offers better camera proposition to its users.

Another area where Asus ROG Phone 2 is truly a better option is in the display and battery department. The smartphone comes with a 120Hz refresh rate, while the Red Magic 3S offers only 90Hz refresh rate. Furthermore, the ROG Phone 2 is juiced up by a 6,000mAh battery, while the Red Magic 3S features 5000mAh battery. Additionally, Asus has added a clean user interface with a touch of gaming-centric features to its user interface, while Nubia is known for providing a not-so-great user interface.

Talking about the user interface, Nubia does not have a good past record of delivering updates on a regular basis. The brand has even failed to timely deliver security patches, leave the major OS updates aside. There is another factor that makes the latest smartphone a tough bargain for anyone who is looking for a gaming smartphone and that is after-sales support. The brand is yet to establish itself as a trusted brand that not only delivers timely updates but also provides better after-sales support to its customers. Like we said, only specifications cant only sell a smartphone, it is the trust of the consumers on the brand that makes it a star. But for Nubia, it still not there yet.