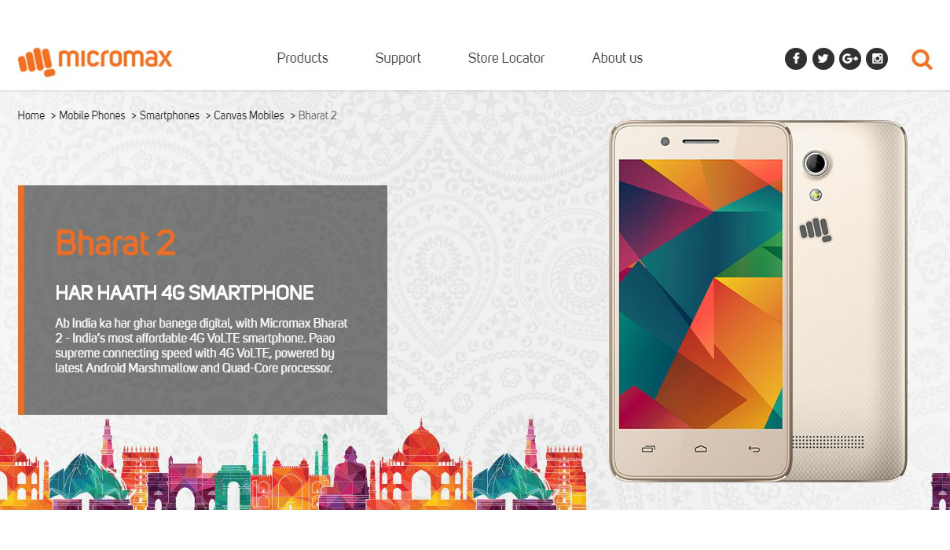 The smartphone with Vodafone SuperNet 4G connection will be available at an effective price of Rs 999.

Vodafone India has partnered with Micromax to launch a new affordable 4G-enabled smartphone known as Bharat 2 Ultra. The smartphone with Vodafone SuperNet 4G connection will be available at an effective price of Rs 999.

The move is meant is meant to counter Reliance JioPhone and other operators’ offerings. The Reliance JioPhone is effectively free, but users need to pay Rs 1500 as a security deposit. Further, if users plan to return the devices before completion of three years, they will be penalized.

Bharti Airtel recently partnered with Karbonn to launch an affordable 4G-enabled smartphone, the A40 Indian. Customer needs to make a down payment of Rs 2899 for and he/she has to make 36 continuous monthly recharges of Rs 169. The customer will get a cash refund of Rs 500 after 18 months and another Rs 1000 after 36 months, taking the total cash benefit to Rs 1500. The cashback will be credited to the subscriber’s Airtel Payment Bank account.