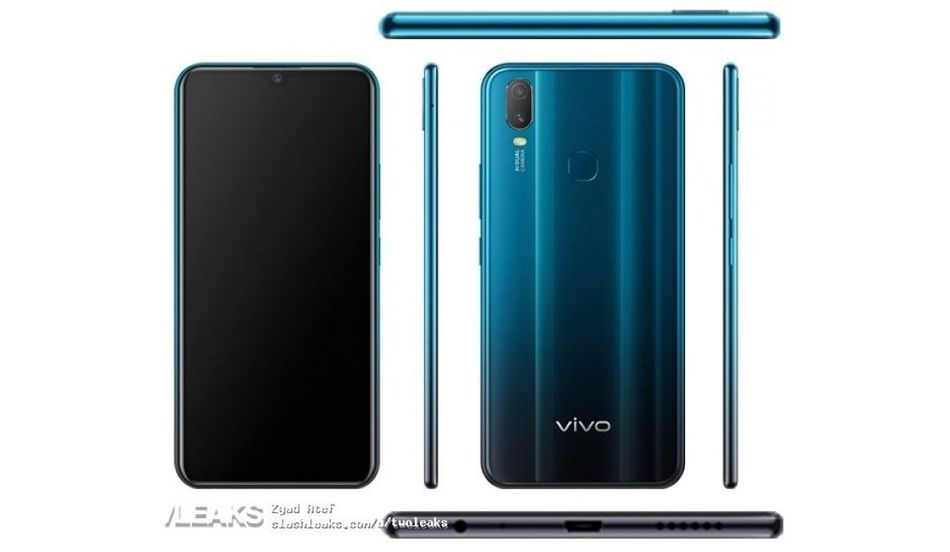 Vivo is reportedly working on the lighter version of the older Vivo Y3 smartphone, which launched in China in the month of May this year. The press renders and key specifications of upcoming Vivo Y3 Standard Edition (lighter version) leaked online by Zyad Atef, a Slashleaks contributor.

As per the leak and render, the upcoming, Vivo Y3 Standard Edition will have a 6.35-inch HD+ (1544×720 pixels) display with waterdrop notch design and will come equipped with Snapdragon 439 processor. It will have a 3GB of RAM and 64GB of internal storage, with an option to expand the storage via MicroSD card.

On the camera front, it will have an AI dual rear camera setup with a combination of 13-megapixel as a primary sensor and a 2-megapixel depth sensor alongside an LED flash. On the front, it will employ an 8-megapixel snapper for selfies. The lighter version of Vivo Y3 will come packed with 5000mAh non-removable battery with 10W fast charging support and will run on Android 9.0 Pie operating system. The phone will come will all standard connectivity options and will have a rear-mounted fingerprint scanner. The Bottle green with gradient finish will be one of the colour options. Further, the device will measure 159.43 × 76.77 × 8.92mm and weighs 190.5 grams.

Just to refresh, the original Vivo Y3 was launched earlier this year and comes with 6.35-inch waterdrop notch HD+ (1544×720 pixels) display, powered by a octa-core MediaTek P35 SoC processor, 4GB of RAM, 128GB of onboard storage, which can be expanded up to 256GB via microSD card, runs on Android 9 Pie operating system, packed with 5000mAh battery with dual engine fast charging, has fingerprint sensor on the rear and supports Face Unlock feature as well.

For the optics, it houses a triple rear camera setup with 13-megapixel as the primary camera, an 8-megapixel ultra-wide lens, and a 2-megapixel depth sensor. On the front, it has a 16-megapixel selfie lens. Connectivity options include VoLTE, Wi-Fi 802.11 ac, Bluetooth 5.0, GPS with A-GPS, GLONASS, micro USB port and 3.5mm headphone jack.