On coming Monday a new Chinese player is set enter Indian smartphone space. Vivo has started sending invites for an event scheduled on December 15, where it is claiming that the company will launch the slimmest smartphone, Vivo X5Max, in India. 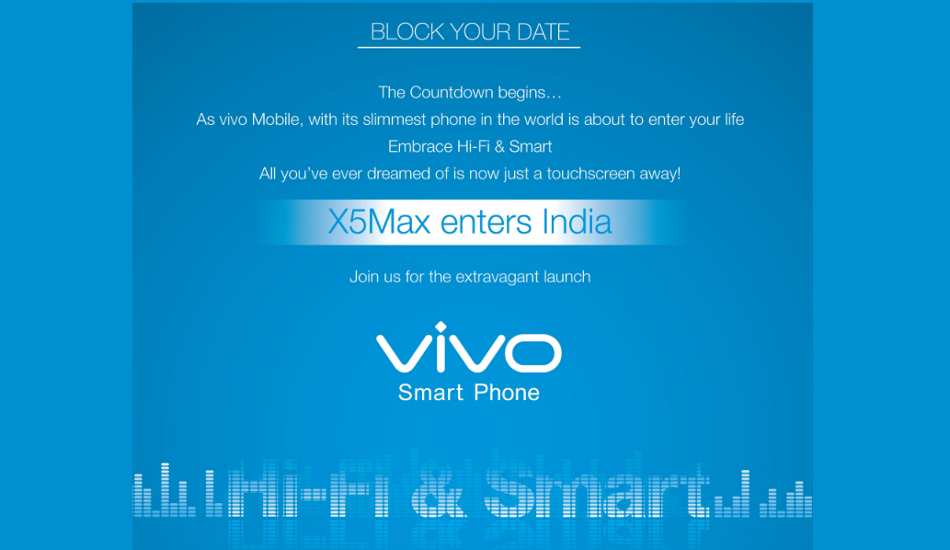 Vivo X5Max is rumored to have 4.7 mm thickness and 5.5-inch full-HD (1080×1920 pixels) display. According to Fone Arena it will be powered by a 1.7GHz octa-core MediaTek processor and run on Android 4.4 operating system. It will also have 2GB of RAM, 16GB inbuilt storage, expandable storage support up to 128GB, 13-megapixel rear camera and 5-megapixel front camera.

If the rumored specs are true that it will be slimmer that Oppo R5 which till now is the slimmest smartphone with a width of 4.85mm.