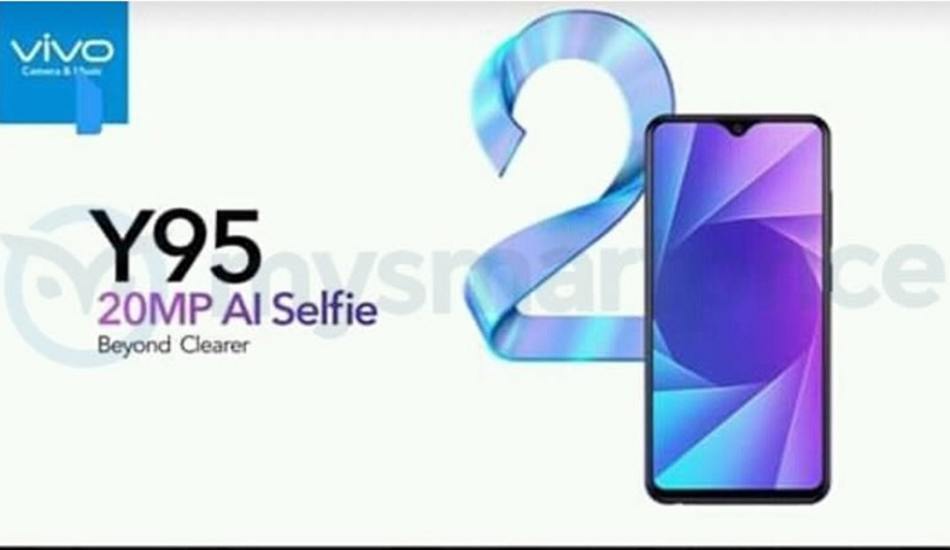 The Vivo Y95 retail box and the promotional image has revealed that the smartphone will come with a Halo FullView display, featuring a tiny waterdrop-style notch at the top which seems similar to that of Vivo’s V11 smartphone.

After launching Vivo Y93, the company is now working on a new smartphone dubbed as Vivo V95. The retail box, promo images and key specifications of the Vivo V95 have now surfaced online.

The Vivo Y95 retail box and the promotional image has revealed that the smartphone will come with a Halo FullView display, featuring a tiny waterdrop-style notch at the top which seems similar to that of Vivo’s V11 smartphone. The back of the phone also confirms the presence of a dual rear camera which are aligned vertically and a fingerprint sensor. 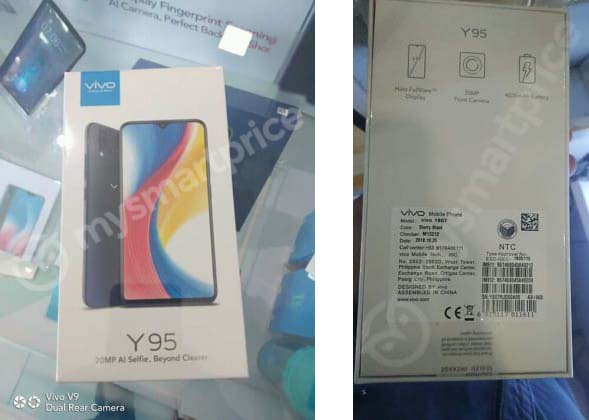 In addition to the retail box pictures leaked by MySmartPrice, the Vivo Y95 has also been spotted on GeekBench benchmark site with model number Vivo 1807. As per the listing, the Vivo Y95 is running Android 8.1 Oreo and has 4GB of RAM. The phone is powered by a 1.89GHz octa-core processor. The Geekbench listing does not reveal any more details about the phone. The Vivo Y95 scores 876 points in the single-core test and 3267 points in the multi-core test.

The report shows the retail box which reveals some of the specs of the phone. As per the leak, the Vivo V95 will have 4GB of RAM and 64GB of storage. The phone is tipped to feature a 20-megapixel AI front shooter. The retail box also mentions that the upcoming Vivo phone will also come with Halo FullView display measuring 6.22-inches.