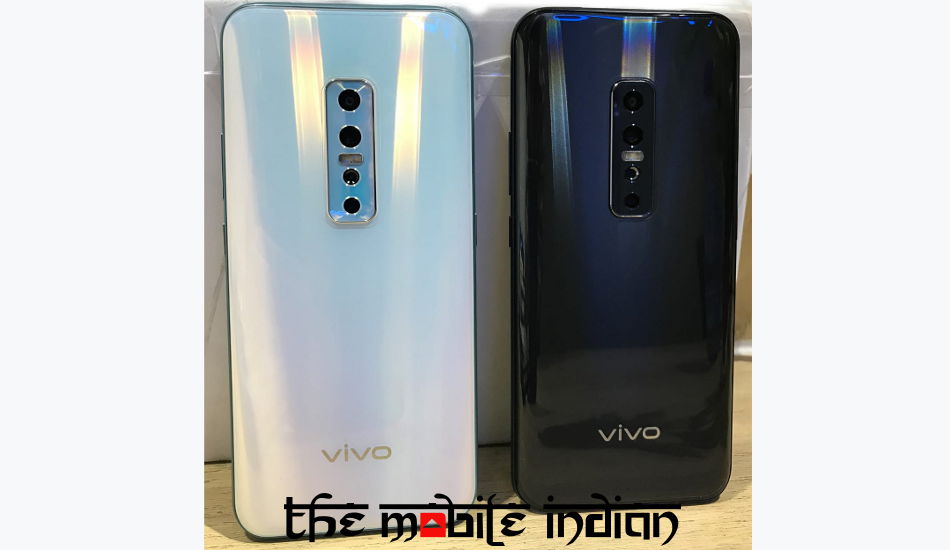 Vivo was recently reported to launch a new smartphone Vivo V17 Pro at the end of September. Now, weeks ahead of the launch, The Mobile Indian has obtained a live image of the Vivo V17 Pro revealing the back panel.

As per the image, the Vivo V17 Pro will feature vertically aligned quad-camera setup with LED flash. The phone is shown in two colours – blue and white with a gradient design and there is Vivo branding towards the bottom as well.

Further, the image shows that the phone will feature the power and volume rocker button on the right side, while the left side will feature a Google Assistant button. This will be the first phone of the company to sport four cameras on the back, however, camera sensors are still unknown at the moment.

Earlier, popular Indian reality TV Show Bigg Boss promo showed a glimpse of the Vivo V17 Pro smartphone which will be the official sponsor of the show. In the promo video, celebrity Salman Khan is holding the handset but only the back panel of the smartphone is visible in the video.

As per rumours, V17 Pro could feature quad-rear camera setup with dual selfie cameras in a pop-up camera module. As of now, there is no information on the other specifications like storage, processor, display and battery of the Vivo V17 Pro but we expect the company to start teasing the Vivo V17 Pro.