Vivo will soon launch the Vivo T1 Pro 5G as well as the Vivo T1 44W in India, both of which will sport Snapdragon SoCs. 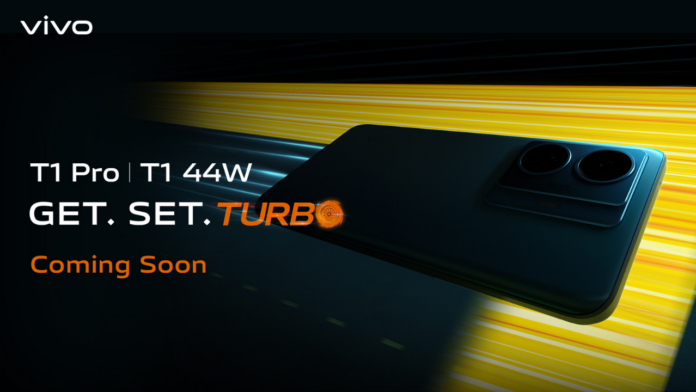 Vivo is now all set to unveil two new smartphones in India, including the Vivo T1 Pro 5G as well as the Vivo T1 44W. The launch teaser says that the smartphones are coming soon to the country. Apart from that, the specifications for the smartphones have been leaked as well. These suggest that the T1 Pro 5G could be coming with a Snapdragon 778G under the hood.

The Vivo T1 Pro 5G as well as the Vivo T1 44W landing page has gone live on Vivo India’s website. The listing suggests that the company may launch these phones in the country in early May. The Vivo India website states that it will be unveiling the processor, charging speed, camera details and display features by May 2 which could hint at a launch in the first week of May itself.

Meanwhile, a recent report by India Today leaked some specs of both smartphones. According to the report, the Vivo T1 Pro 5G will come an AMOLED that offers 1,300 nits of peak brightness, a Snapdragon 778G SoC, 66W fast charging, a 64-megapixel main camera, and an 8-layer liquid cooling system.

On the other hand, the Vivo T1 44W will also sport an AMOLED panel, a Snapdragon 680 chip, and a 5,000mAh battery with 18W charging support. This also means that it will be a 4G smartphone. Both phones will run on the Android 12 OS and FunTouchOS UI. Rest of the details for both smartphones are yet to be revealed.

Apart from this, tipster Sudhanshu Ambhore also leaked the specs of the T1 Pro 5G. As per him, it will run on Android 12-based Funtouch OS 12. It will be powered by a Snapdragon 778G SoC, paired with 8GB of RAM. The handset will sport a 6.44-inch full-HD+ AMOLED display, with a refresh rate of 90Hz. Some of these specs stand in line with the India Today report.

These specifications look identical to that of the leaked specs of upcoming iQOO Z6 Pro 5G which could mean the T1 Pro 5G could just be a rebrand. Lastly, Vivo T1 Pro 5G and Vivo T1 44W price in India is expected to be under the Rs 25,000 mark. The T1 44W should cost around Rs 15,000.