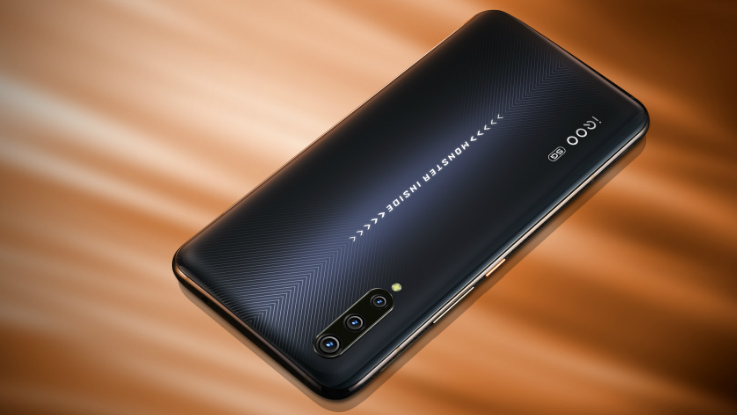 The company has teased the battery capacity along with Hi-Fi music support and official render of the upcoming smartphone.

Vivo’s sub-brand iQOO is all set to launch a new smartphone in China dubbed as iQOO Pro 5Gon August 22. The company has teased the battery capacity along with Hi-Fi music support and official render of the upcoming smartphone.

iQOO revealed through an official post on Weibo that the upcoming smartphone will be loaded with a 4,500mAh battery. However, the company has revealed that fast charging technology that will come loaded with the new smartphone. Furthermore, the brand has confirmed that the iQOO Pro 5G will also feature support Hi-Fi music, meaning that users can listen to high-quality audio on the latest smartphone. 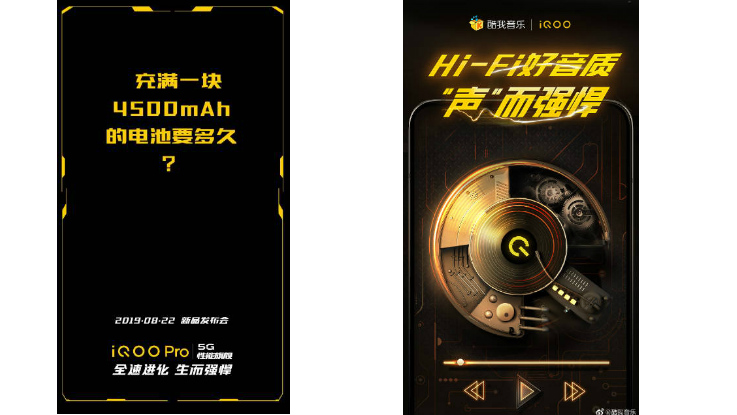 Furthermore, it has also revealed the official render of the iQOO Pro 5G. The company has posted the rear panel of the smartphone and it shows that it will feature a glass body with a carbon fibre finish at the back panel. The phone will feature a triple-camera setup, which is situated at the top-left corner along with a LED flash.

At the base, one can see iQOO 5G branding, while at the centre, it is written Monster Inside. There is a physical fingerprint sensor present at the back panel, which simply means that the phone will be equipped with an in-display fingerprint sensor. The render also shows that the volume controls and power on/off button will be present on the right side of the device.

Previously, the smartphone was found listed on TENAA revealing its key specifications. As per the listing, the Vivo iQOO Pro 5G features a 6.41-inch Full HD+ Super AMOLED display with a screen resolution of 2340 x 1080 pixels. The phone will be powered by the latest Qualcomm Snapdragon 855 Plus processor along with Adreno 640 GPU. For 5G connectivity, the Vivo iQOO Pro 5G will be backed by Qualcomm X50 modem.

The smartphone is equipped with 8GB/12GB of RAM and 128GB/256GB/512GB of internal storage. For optics, it features a triple-camera setup with a combination of 48-megapixel Sony IMX586 lens along with 13-megapixel ultra-wide lens with f/2.4 aperture and a 2-megapixel depth sensor. For the front, it is loaded with a 12-megapixel selfie shooter with f/2.0 aperture.