Ubuntu based tablet are expected to come towards the end of this year.

The tablet version of the popular Ubuntu desktop operating system would be a proper alternative to Android and iOS platforms, its makers has hoped. 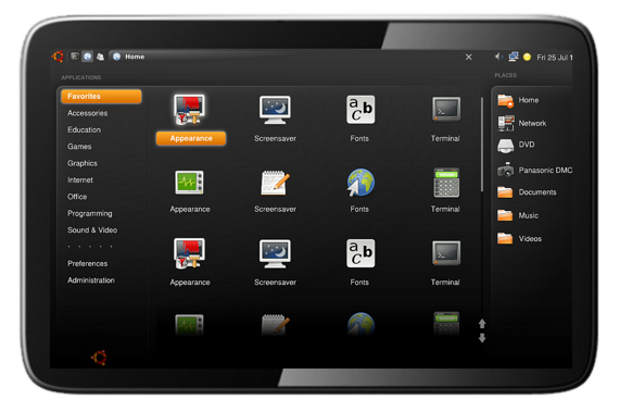 “There is a real demand for an alternative platform. We believe Ubuntu has all the characteristics that are needed to become that platform,” said Jane Silber, chief executive officer of Canonical, which makes the operating system in an interview with InfoWorld.

Silber stated that Ubuntu tablet OS is expected to meet all the requirements of the alternative operating system for the tablets.

Ubuntu is one of the most popular GNU/Linux based operating system used for desktops, laptops and even servers. Ubuntu Linux OS is derived from Debian GNU/Linux operating system and is also commercially supported. The company tried to create its mark in the hot netbook segment with Ubuntu Remix but it received lukewarm response.

Now with the ever flourishing tablet segment, Ubuntu wants to try its hands in it. The company certainly has big plans with Ubuntu Tablet OS to make it compete with the already established platform bulls &#151 Android and iOS.

The company (Canonical) is expected to come out with Ubuntu based tablet towards the end of this year. The company is already in talks with multiple partners but the talks are at pretty premature stage.

Currently, Android is ruling the roost in the tablet arena followed by iOS. Microsoft is also another big contender in the segment with its Windows operating system.

Only by the end of this year, if lucky, we could see the tablets based on Tizen, HP WebOS and Ubuntu operating systems. Hopefully these products will be comparatively cheaper than the ones available right now. If it happens, consumers will get enough mobile platforms to choose from since even Windows 8 based tablets are expected to be announced later this year.