Tecno Megabook S1, Phantom X2 series has been launched in select parts of the world. Pebble Frost has also debuted in India. 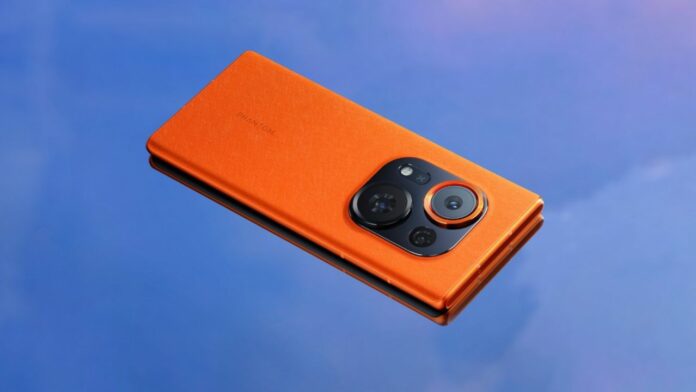 Tecno has unveiled a bunch of new products including its first ever true flagship series smartphones – the Tecno Phantom X2 series. The series comes with MediaTek’s Dimensity 9000 processor, paired with a curved display. Further, the brand also launched its Megabook S1. Apart from that, Pebble has launched a new smartwatch in India that looks like an Apple watch clone, called Pebble Frost.

The phones will be available in select countries across Europe, Latin America, and the Middle East.

The Tecno Phantom X2 series sports an unusual design with a rectangular camera array at the back that is placed in the centre. The devices feature a 6.8-inch curved AMOLED display with an FHD+ resolution, 120Hz refresh rate, 360Hz touch sampling rate, and 20:9 aspect ratio. It is a 10-bit panel that can cover 100% of the DCI-P3 color gamut and is protected by Corning Gorilla Glass Victus.

The phones are powered by MediaTek Dimensity 9000 chipset, which is paired with a vapor chamber cooling system, up to 12GB LPDDR5x RAM, and 256GB of UFS 3.1 storage. On the software front, they run on HiOS 12.0 based on Android 12.

Both handsets feature a 32MP selfie camera. They are backed by a 5,160mAh battery and carry support for 45W fast wired charging. The smartphones offer multiple connectivity options, such as dual SIM, 5G, dual-band WiFi, Bluetooth 5.3, GNSS, NFC, and USB 2.0 (Type-C). For security, they come with an in-screen fingerprint sensor.

The Tecno Megabook S1 comes in a magnesium alloy build and sports a 15.6-inch display that produces a 3.2K resolution and a 16:10 aspect ratio. The screen offers features like 120Hz refresh rate, 450 nits of brightness, DC dimming, and a 100 percent sRGB color gamut.

They are powered by the 12th generation Intel Core i7 processor with a dual-fan cooling system, coupled with 16 GB of LPDDR5 RAM and 512 GB / 1 TB of PCIe 4.0 SSD storage. It packs a 70Wh battery, which can be charged using the bundled 65W GaN charger. It will come preloaded with the Windows 11 OS.

For audio, the Megabook S1 is equipped with a DTS:X Ultra-powered six-speaker system. Other additional features include HD webcam, AI-powered dual microphones for noise cancellation during calls and an AI-aware feature that would blank the screen if someone tries to peep over your shoulder.

Connectivity options include Wi-Fi 6, Bluetooth 5.1, and OneLeap support, 2 x USB-C ports, 2 x USB-A ports, a full-sized HDMI port, a microSD card reader, and a 3.5mm headphone jack. The laptop has a thickness of 13.5mm and weighs around 1.35kg.

The Pebble Frost smartwatch can be purchased on Flipkart for Rs 1,999 in India. It is offered in Black, blue, grey, and orange colours.

The device comes features a 1.87-inches IPS LCD display with minimal bezels around the screen. It’s also a 2D curved panel. It has support for Bluetooth calling and has compatibility with over 100 cloud-based watch faces. The design of the watch looks almost the same as an Apple Watch, be it the strap design or the display design.

The smartwatch contains built-in fitness and health tracking features, such as heart rate, blood oxygen, step, and sleep tracking, and is IP67-rated for dust and water resistance. On the Pebble Frost, one can make calls and attend them using the Bluetooth calling feature.

The connected smartwatch also serves as a Bluetooth hands-free speaker for the connected smartphone. The wristwatch also includes a number of other features, including a calendar, camera control, calculator, and music control. The watch can also be paired with the company’s own application available on Android & iOS.