Tata Sky Mobile app gets a new user interface with few changes in the features of the mobile app.

Advertisement
Tata Sky mobile app for Android platform has been updated and is said to now be more interactive and interesting. The Tata Sky Mobile app has a new user interface and appears better than its last iteration. The app can be used as a full touchscreen WiFi remote to control the Tata Sky+ HD set top box in three different ways. The app can be used as a full remote to perform all kinds of functions like changing channels, browsing menus and even adjusting volume. 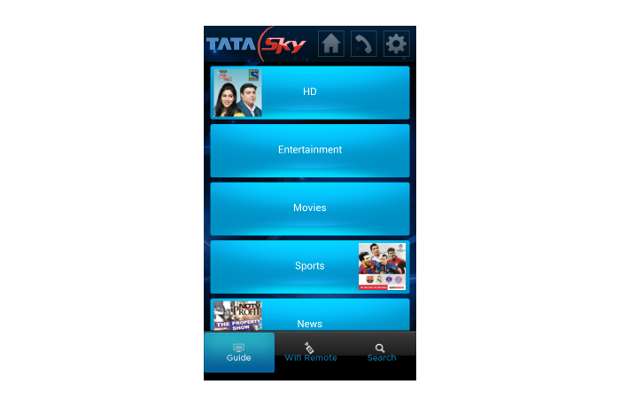 The Tata Sky mobile app now also supports gestures in remote mode to change channels. Also, the favorite channel logo leads the user to a set of saved channels. Apart from that, there is a program guide and the user can set the shows for recording on the set top box. The TV show listing also shows details about the cast, crew, story line and reviews for specific movies or shows. Setting reminders is now possible directly through the app. The new user interface looks better, but is nowhere close to the Holo Design UI applications that are available in the Play Store. We urge app developers to implement the changes in the app's user interface to make it more interactive and fast. The updated Tata Sky Mobile app can be downloaded from the Google Play store.