Not only the Oppo R5 is priced quite high, but the absence of micro SD card slot and smaller battery may mar its prospects.

Oppo today formally announced the launch of Oppo R5 smartphone in the India market for Rs 29,990. The extremely thin handset (4.85 mm in width) weighs 155 grams and comes with 4G connectivity. It will be available for pre-booking from January 1, 2015 onwards.

The Oppo R5 is also equipped with an octa-core Qualcomm MSM8939 processor, a 5.2-inch AMOLED screen with full HD resolution. It comes with heat dissipation technology that protects its octa-core CPU. It has huge 2 GB RAM and appreciable 16 GB ROM but there is no expandable storage slot which does not bore well for its cause. 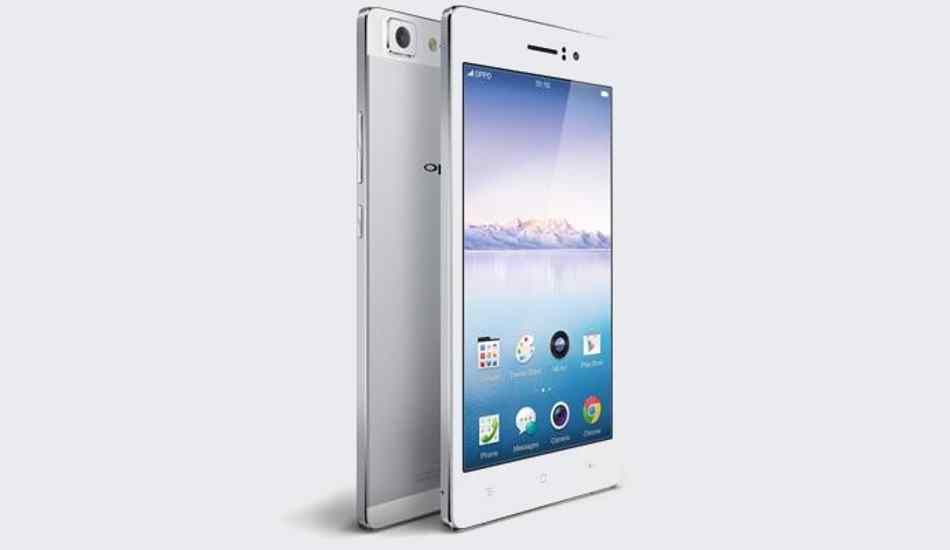 There is a 13 megapixel rear camera in the R5 which has a flashlight too which comes with some “PI 2.0 Plus Flash Shot technology”, benefits of which is not known right now. As per the company, the R5 has a “maximum focus time of 0.18 seconds and delivers 50MP high-definition picture clarity”. In the front, it has a 5 megapixel unit.

The R5 has a single SIM slot offering 4G connectivity, in the absence of which you can use 3G. Besides, it has the regular connectivity features including WiFi, Bluetooth 4.0, micro USB port with USB on the go feature, and GPS with GLONASS support.

The R5 has a normal 2000 mAh Li-Po battery which may not be offer long battery back up as few of its competitors but it has OPPO’s VOOC mini rapid charging system, which claims to charge it 75 per cent within 30-minute.