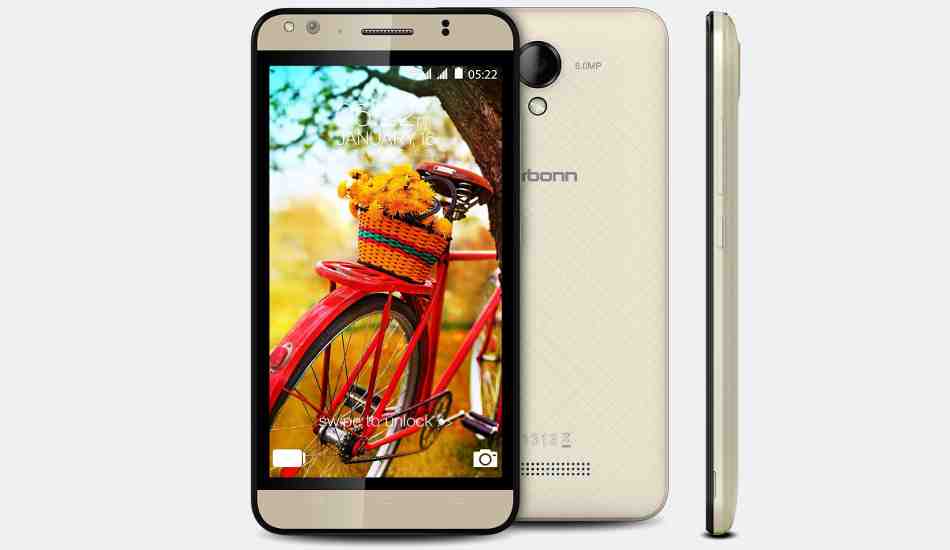 A new Karbonn smartphone, Karbonn Titanium Mach Five, has been spotted on Amazon India’s website. However, the retailer has not revealed its price. Notably, Karbonn is yet to announce the phone. The phone was first spotted by Findyogi.

As per the listing, the Karbonn Titanium Mach Five measures 14.3 x 0.9 x 7.3 cm and weighs 159 grams. The smartphone has a 5 inch display with high definition resolution. This Android Lollipop based smartphone is powered by a 1.3 Ghz quad core processor and 2 GB RAM. For storage, there is 2 GB of RAM, 16 GB of internal storage, and a 32 GB of expandable storage slot.

The Karbonn Titanium Mach Five offers an 8 megapixel rear camera with LED flash light and a 5 megapixel front camera. Its 2200 mAh lithium-ion battery claims to offer talk-time of 16 hours 30 minutes and standby time of 565 hours. Besides, it has Bluetooth and WiFi and most likely will have GPS as well like other Android smartphones.