Sony has launched the Xperia Pro-I camera that features a Snapdragon 888 SoC, a 1.0-inch camera sensor along with other features. 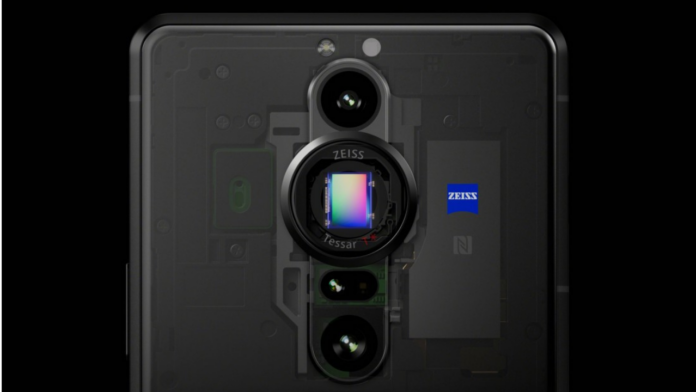 Sony has launched a new smartphone under its Xperia branding called the Xperia Pro-I. The Sony Xperia Pro-I is touted to be the world’s first smartphone with a 1.0-type sensor with phase detection. It has a 1.0-type Exmor RS sensor with a 2.4µm pixel pitch for enhanced low-light performance.

The camera technology used in the smartphone is developed with the same advanced imaging technology from Sony’s mirrorless Alpha brand cameras, found in the RX100 VII camera. The Xperia Pro-I is priced at $1,800 (approx Rs 1,35,000) through authorised deals in the United States. It will also be available in the UK, France, Germany, the Netherlands, and the Nordics starting December.

The Xperia Pro-I features a 6.5-inch 4K OLED display with support for a 120Hz refresh rate, 240Hz touch sampling rate and 240Hz motion blur rate. You also get DCI-P3 100% colour gamut and 10-bit tonal gradation. The smartphone is powered by the Snapdragon 888 SoC with 12GB of LPDDR5 RAM and 512GB of UFS 3.1 storage. The storage is also expandable up to 1TB via a MicroSD card slot.

As with most of its smartphones, Sony is focusing on-camera performance. This smartphone is aimed at content creators and comes with three camera lenses that are enhanced with ZEISS T* anti-reflective coating and a 3D iToF sensor. All three cameras have 12-megapixel sensors. However, the primary 1-inch camera sensor has been borrowed from RX100 VII camera.

This 1-inch sensor has been optimized for smartphones. It supports RAW 12-bit shooting for dynamic range, and dual aperture that ranges from f/2.0 to f/4.0 for changing the depth of field. The Xperia Pro-I has another pair of 12MP cameras including a 16mm f/2.2 ultra-wide sensor and a 50mm f/2.4 2x telephoto sensor. On the front, you get an 8-megapixel f/2.0 sensor with a 78-degree FoV.

The device has 315 phase-detection AF points that can cover almost 90 percent of the frame. There’s also an AF technology that includes features Real-time Eye-AF in humans and animals, 20fps AF/AE burst shooting, Real-time tracking, and an anti-distortion shutter.

The Xperia Pro-I has been claimed to be the world’s first smartphone that will allow users to shoot high-quality video in 4K at 120fps and slow-motion video at up to 5x. There’s also a monaural microphone next to the main camera for clear speech recording.

The smartphone is backed by a 4500mAh battery with support for 30W fast charging and PD fast charging as well. Connectivity options include 5G, Wi-Fi 6, Bluetooth 5.2, NFC, GPS, USB-C 3.2 Gen2, and a 3.5mm headphone jack. Additional features include a dynamic vibration system, two physical camera buttons (one as a two-stage shutter key and one for Videography Pro app), and support for a special Vlog Monitor accessory which is basically a 3.5-inch 720p monitor that can be attached to the phone’s rear, allowing to film users with the new 1.0-inch type camera sensor.