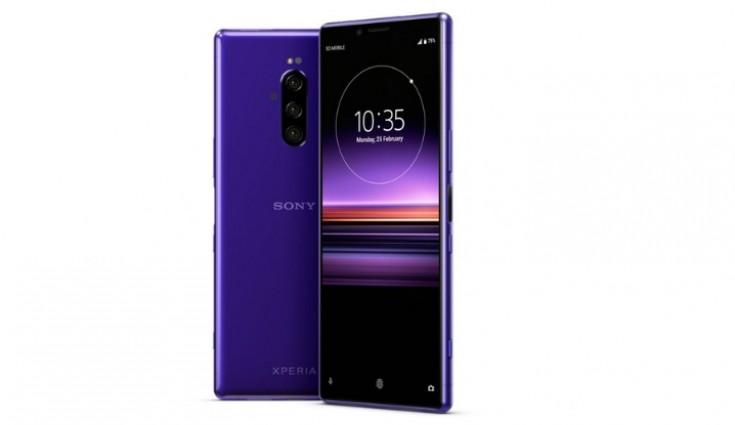 Sony Xperia 2 will most likely support 6GB of RAM coupled with 128GB of internal storage.

Sony launched Xperia 1 along with Xperia L3, Xperia 10 and Xperia 10 Plus smartphones at the Mobile World Congress last month. Now seems like the company is working on the successor of Xperia 1 which is dubbed as Xperia 2. The specs of the Sony Xperia 2 have now surfaced online.

A Japanese website has released all the alleged specifications of the smartphone. As per the report, the Xperia 2 will measure a 6.2-inch CinemaWide display that will offer an aspect ratio of 21:9 along with a screen resolution of 2880 x 1234 pixels. It will be powered by Snapdragon 855 processor.

For storage, Sony Xperia 2 will most likely support 6GB of RAM coupled with 128GB of internal storage. For photography, the smartphone could sport a triple camera setup on the rear panel. Probably, one of them could be a ToF (Time of Flight) sensor. The smartphone might be backed by a 3000mAh battery. The handset will be measuring 161 x 70 x 8.1mm.

As of now, no more specs of the Xperia 2 are known. We advise you to take these specs with a pinch of salt as nothing has been confirmed by the company yet for the existence of the device. It is expected that the Sony Xperia 2 might go official at the IFA trade show in Berlin in September this year.

To recall, Sony Xperia 1 features a 6.5-inch 4K HDR OLED display with a screen resolution of 3840 x 1644 pixels. The smartphone runs on Android 9.0 Pie and it is backed by a 3300mAh battery with Qnovo Adaptive charging Quick Charge 3.0 and Qi wireless charging. The phone is powered by the Qualcomm Snapdragon 855 chipset along with Adreno 640 GPU and backed by a 6GB of RAM and 128GB of internal storage. It features a triple-camera setup with a combination of three 12-megapixel sensors with first 12MP sensor sporting an f/1.6 aperture, 1.4-micron pixel size, second 12-megapixel sensor sport a 135-degree wide angle lens with f/2.4 aperture and the third sensor is f/2.4 aperture. For the front, there is an 8-megapixel shooter with 1/4 sensor size, 1.12μm, 84-degree wide-angle and f/2.0 aperture.