Sony Mobile is expected to release yet another Android based smartphone dubbed as Xperia L. This new smartphone will feature 4.3-inch display and is codenamed as TaoShan as reported by Xperia Blog. The Xperia L carries model number C210X where the x stands for the model variant device. 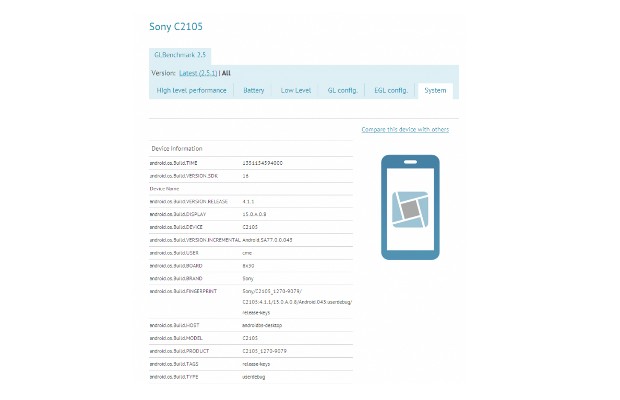 Sony Mobile is quietly working to extend its Xperia smartphone family with yet another model codenamed TaoShan C210X and will be branded as Xperia L. This smartphone will feature 4.3-inch Reality Display sporting 480×854 pixel resolution and powered by Mobile BRAVIA Engine 2. Under the hood, Xperia L packs a 1 GHz Qualcomm Snapdragon family mobile processor and Adreno 305 graphics on it to support most modern day games.

Apart from that Xperia L will feature 8 megapixel Exmor RS image sensor to click great quality images along with plethora of typical Sony customizations. The default storage on this smartphone is only 8 GB and there will be a memory card slot to add a micro SD card. Sony Mobile will offer this smartphone with Android 4.1.2 Jelly Bean running on it.

The Xperia L can be expected to be announced sometime around the second half of this year.