Snapchat is planning a new UI design overhaul with new features and functionality.

Snapchat, the popular social media app is currently in the phase of trying out a new interface on its mobile app. Broadly it’s working on two major changes that could be critical for their app. The first change is the new home for Snap Map that shows you your friend’s real-time location on an animated map along with it a place for the company’s home-brewed original videos. The second change is the injection of news briefs on the discover page. 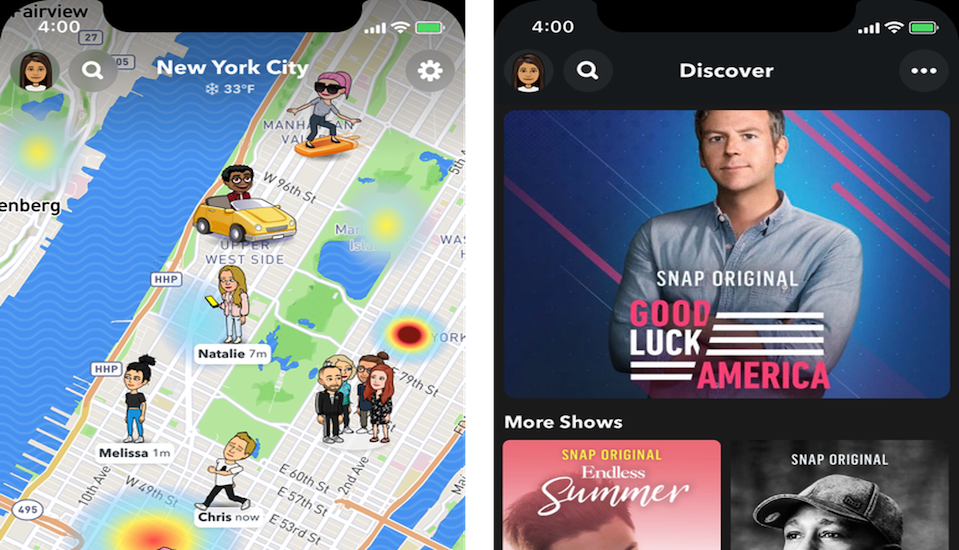 The first change expands the app to 5 tabs from 3. Currently, Snapchat, when launched, has a page for the camera, a page for chats and the discover page.In the new iteration of the app, the Snap Map has a new home. Its located to the left of the chats tab instead to being accessed by swiping down on the camera.

The Discover page is now called ‘community’ and to the right of it is the new tab which will now hold Snap’s collection of original series and is now called ‘discover’. The app also gets a navigation bar at the bottom of the screen to make in-app navigation easy.

These UI changes are made to boost the number of active users after the last update brought down the rate by 2 percent and increase the overall usability as people have complained of Snapchat is difficult to use. 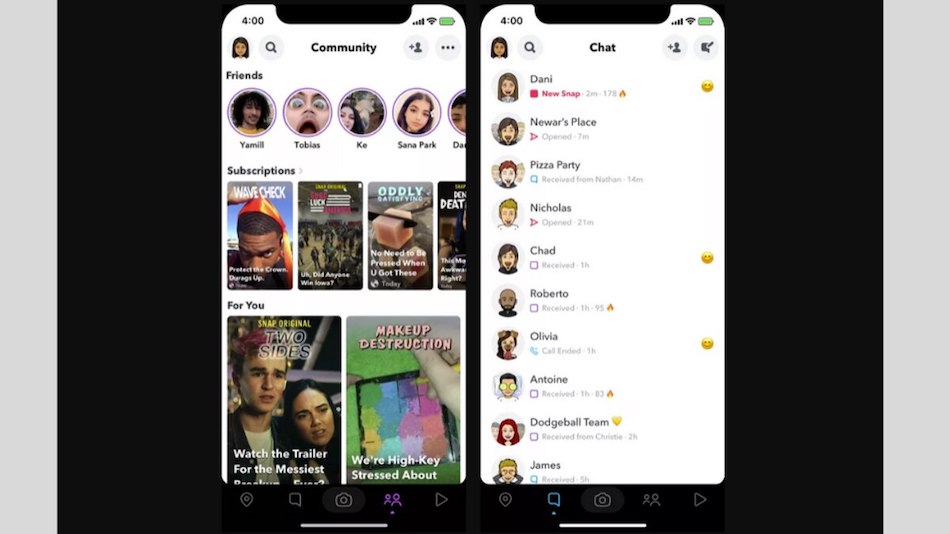 The second big change as mentioned earlier is the addition of news briefs in the community tab. Snap plans at allowing only reliable news agencies like The Wall Street Journal, The Washington Post etc. to publish on the platform making the content more reliable and less prone to misinformation.

All these new features al still being tested and will be a while before it makes it to the public. The new UI overhaul makes room for Snapchat to flaunt their new line of original series and put the Snap Map in a more accessible place. The addition of the navigation bar will make the in-app navigation a tad bit easier. The addition of news built into the app is also appreciated as it will help people stay up to date in a more familiar environment.