Smartphones, tablets launched this week (May 23-29) 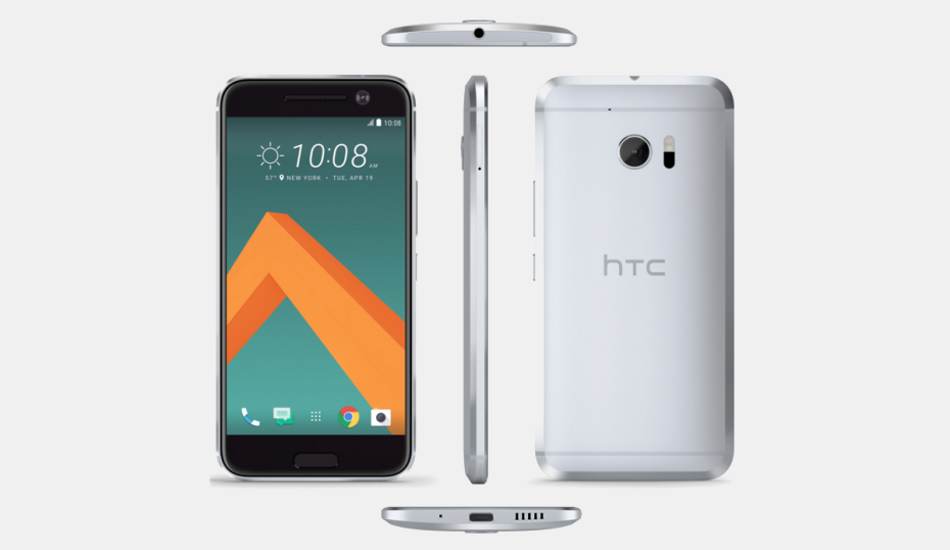 18 devices were launched this week including couple of tablets.

It was definitely the week of HTC. The Taiwanese not only announced its latest flagship, the HTC 10, for India, it also announced several smartphones. Several other smartphones and a couple of tablets also were launched in India this week. Read on to find out more.

HTC 10 has a price tag of Rs 52,990 and it will be available from June 5. HTC 10 has Snapdragon 820 processor, Android Marshmallow operating system with HTC Sense user interface, 3 GB of RAM, 32 GB of internal storage, an expandable storage slot that can hold a micro SD card of up to 2 TB capacity and a Super LCD5 display with Quad HD (2560X1440 pixels) resolution and Corning Gorilla Glass. 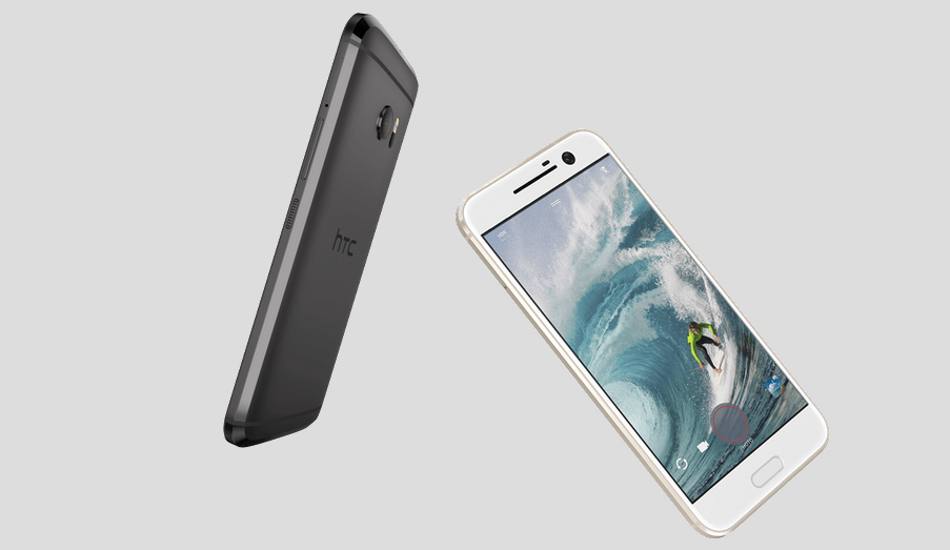 It was announced this week for Rs 25,990. The HTC One X9 features a 5.5-inch Full HD (1920Ã—1080 pixels) display and is powered by an octa-core MediaTek Helio X10 MT6795T processor along with 3GB of RAM. It has Android operating system but the OS version is not known right now. Like all HTC phones, it has the HTC Sense user interface. 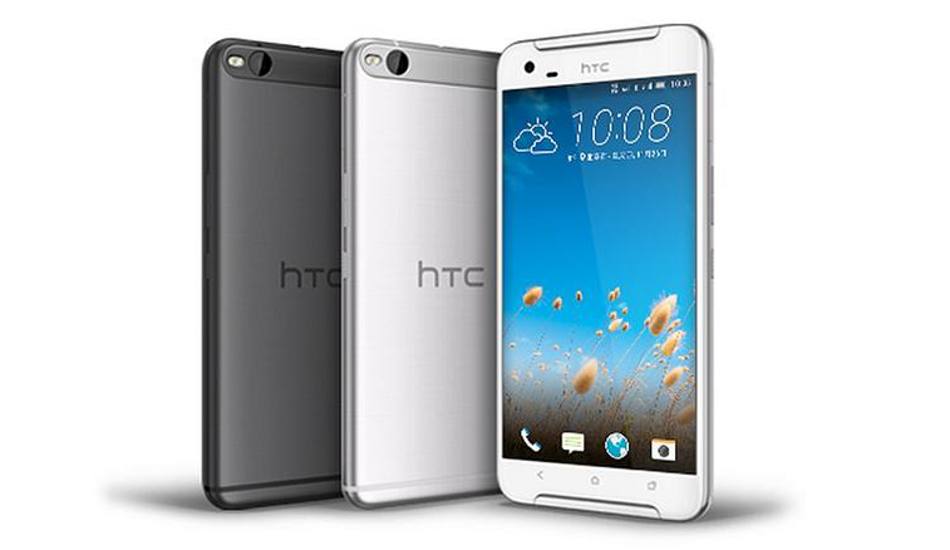 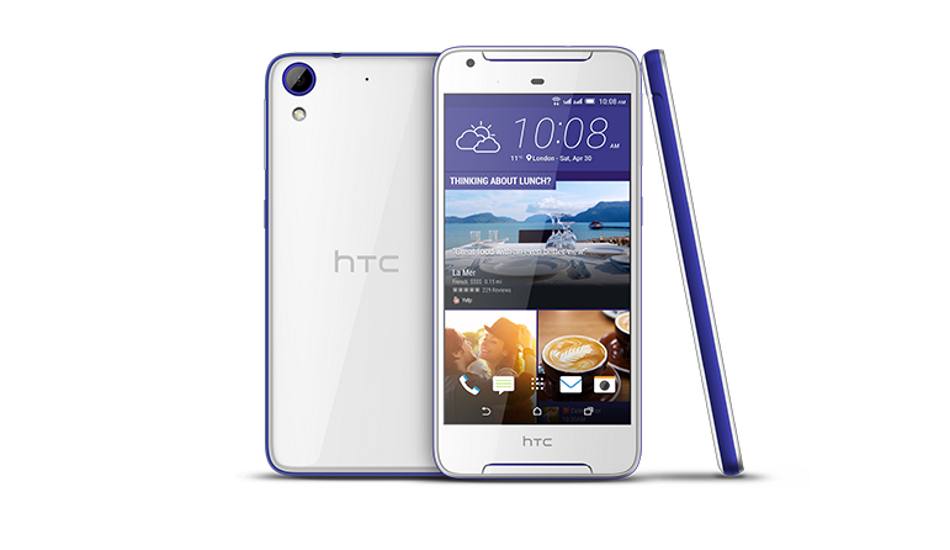 HTC has also announced Desire 830, Desire 630, and Desire 825 but it did not reveal their prices or launch date.

Though HTC did not reveal its launch officially, a Mumbai based retailer claimed that the phone is now available in India at Rs 23,990. 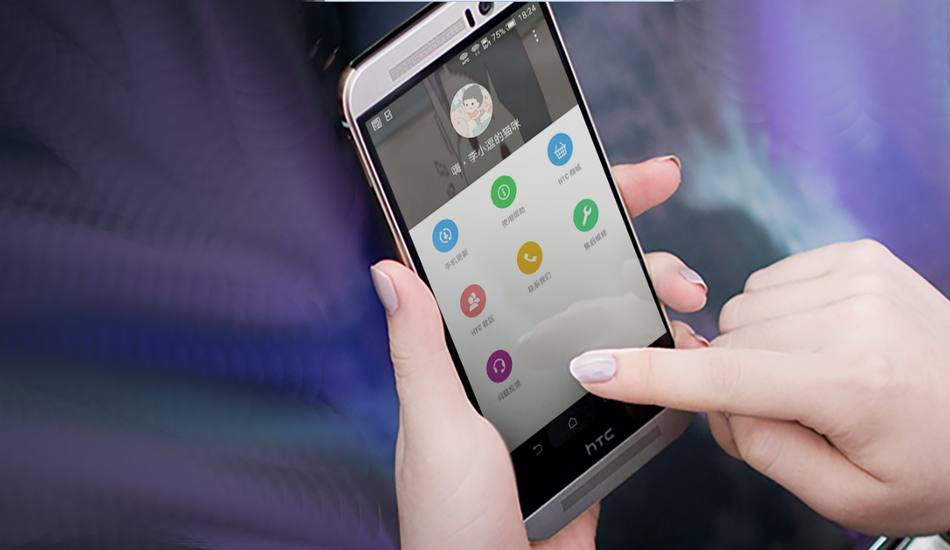 It features 5-2 inch Full HD (1080p) display Gorilla Glass protection. It is powered by a 2.2 GHz octa-core MediaTek Helio X10 processor, which is clubbed with 2GB of RAM, 16GB of internal storage, and expandable memory up to 2TB via micro SD card. The smartphone runs on Android Lollipop operating system with HTC Sense on top of it.

The One M9+ Prime Camera Edition is backed up by a 2840 mAh battery, which claims to offer up-to 13 hours of talktime and up-to 658 hours of standby time on 3G network. The smartphone flaunts a 13-megapixel rear camera setup with lens cover made â€‹â€‹of sapphire glass, LED flash light, 1080p video recording, Optical image stabilizer, autofocus, BSI sensor, 1: 2.0, 27.8 mm, and 1080p video recording. On the front it has a 4-Ultra Pixel camera with BSI sensor.

The Vivo Y21 was made available through Flipkart this week for Rs 7,799. 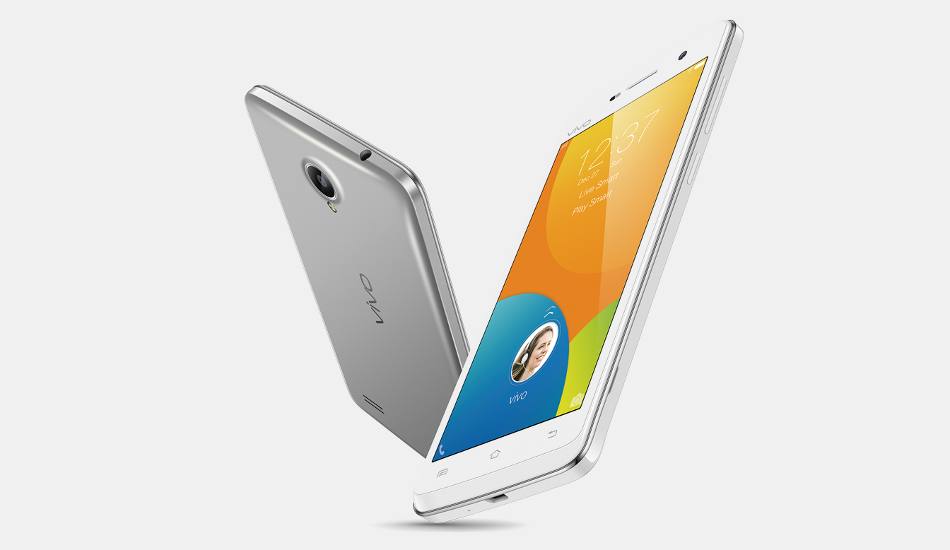 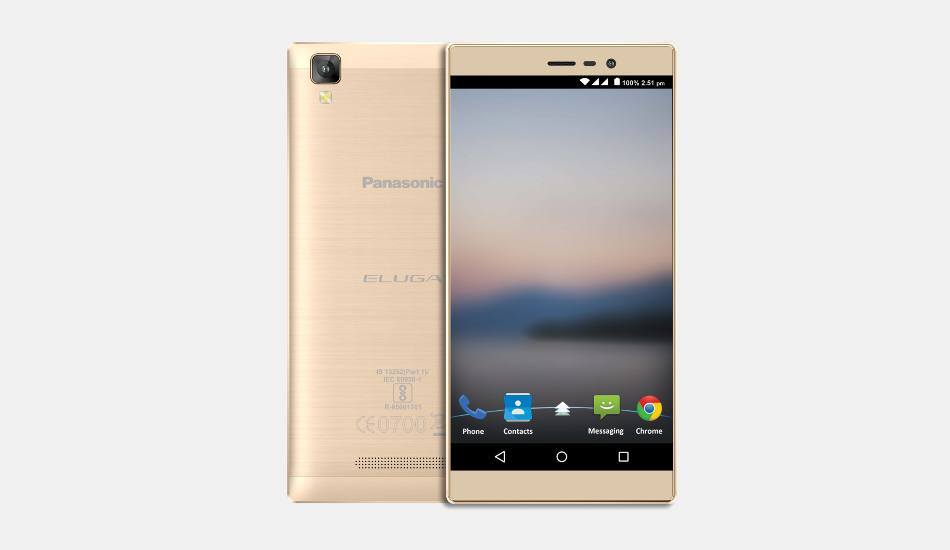 The USP of this smartphone is its 4000 mAh battery and 4G VoLTE support. The Panasonic Eluga A2features a 5-inch HD (1280 Ã— 720) IPS display. It is powered by a 1GHz quad-core processor, which is paired with 3GB RAM, and 16GB of internal storage. It has expandable memory slot for up-to a 128GB micro SD card. It runs on Android 5.1 Lollipop operating system with Panasonic FitHome UI on top of it for single hand operation with quick access to the applications.

Priced at Rs 6,999, the Vibe C comes in White and Black colors options.

The Lenovo Vibe C has a polycarbonate body and features a 5-inch FWVGA (854 x 480 pixels) display. It is powered by a 1.1 GHz 32-bit Snapdragon 210 quad-core processor, which is paired with 1GB of RAM, 16GB internal storage, and it can hold a micro SD card of upto 32GB in its expandable storage slot. The smartphone runs on Android 5.1.1 Lollipop operating system and has the Vibe UI on top of it. There is a 2300 mAh battery in this phone. 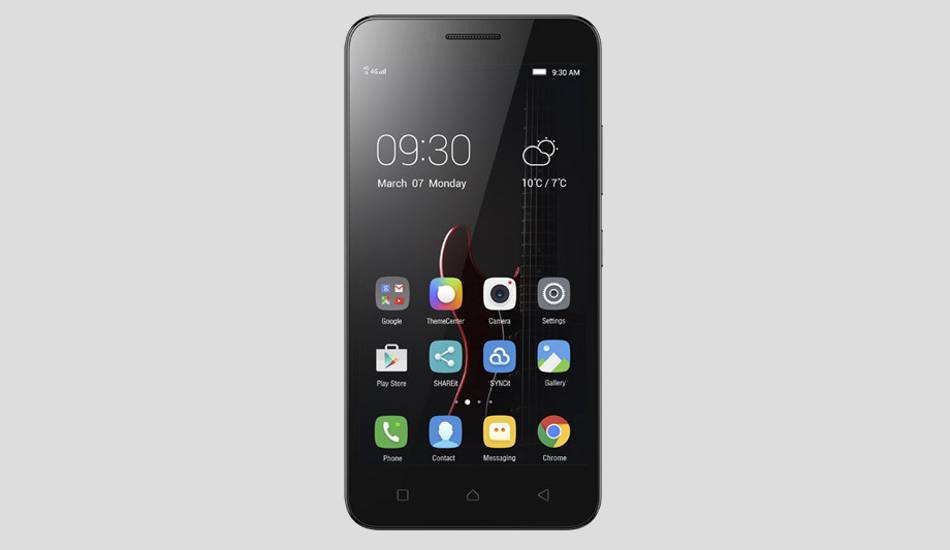 The LYF Flame 3, which is priced at Rs 3,999, is available exclusively on HomeShop 18. It comes in Grey color option. At the said price, the smartphone comes with cheapest price tag that supports 4G VoLTE. As of now, the device is available only to pre-order on the e-commerce portal and it will start shipping from today i.e. 26th May.

LYF Flame 3 comes with a 4-inch WVGA (800 x 480 pixels) IPS display, a 1.5 GHz Quad-Core processor and 512MB of RAM. The device runs on Android 5.1 Lollipop operating system and gets the power from 1700 mAh Lithium Polymer battery, which claims to offer up-to 5 hours of talktime. 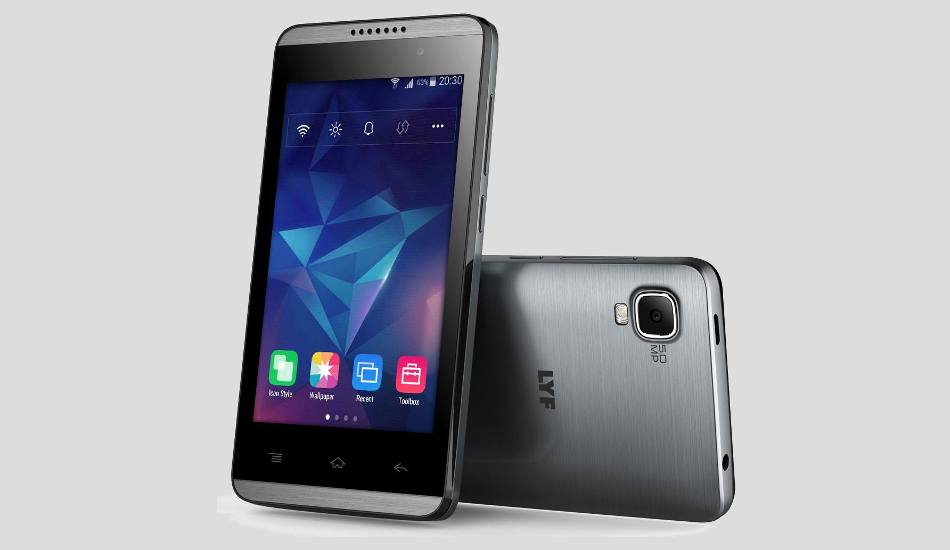 The LYF Flame 3 comes with 4GB of internal storage, which can be further expandable to up-to 32GB via a micro SD card. The smartphone sports a 5-megapixel snapper on its rear with an LED flash light while a 2-megapixel snapper is in its front. For connectivity, it offers two SIM card slots, 4G, Bluetooth 4.0, WiFi, A-GPS and a micro USB 2.0 port.

Galaxy Tab Iris, which comes with Iris scanner, was launched in India at Rs 13,499. The Samsung Galaxy Tab Iris has a 7 inch display that has 1024×600 pixels resolution. It has a 1.2 GHz quad core processor that runs this tablet with the help of 1.5 GB LPDDR3 RAM. This 3G tablet has Android Lollipop operating system. 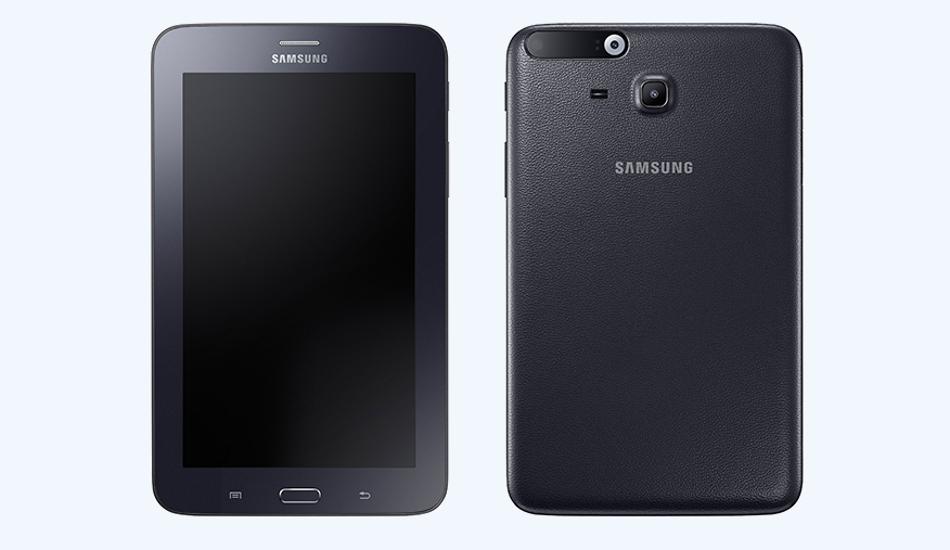 Nextbit Robin, the smartphone which came to limelight for its 100 GB of cloud storage space, was launched in India at Rs 19,999. The Robin smartphone comes in Mint colour and will be available exclusively from Flipkart from May 30.

Wrapped in a plastic body, this phone comes equipped with a 5.2-inch display that has full HD (1080×1920 pixels) resolution and Corning Gorilla Glass 4. It has the powerful Snapdragon 808 processor, along with Adreno 418 GPU. The phone offers good 3 GB RAM, 32 GB built-in storage, and a micro SD card as well. The company is highlighting its cloud storage space as its USP. The Nextbit Robin comes with 100GB of free cloud storage space. 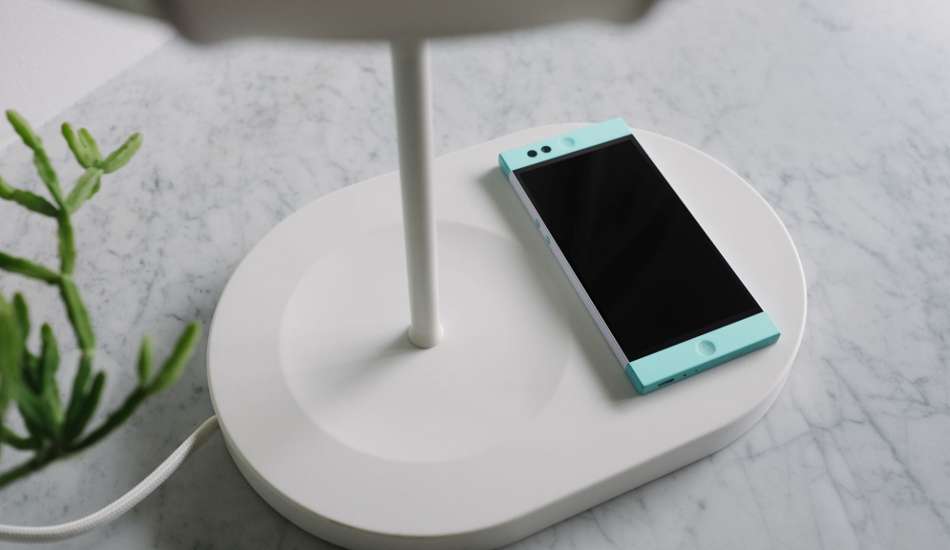 Priced at Rs 5,699, the Lava A79 comes with a large 5.5 inch large screen and is powered with a 1.2 GHz quad core processor. It has 1GB RAM, 8 GB inbuilt memory and expandable storage slot for a micro SD card of up to 32GB capacity. 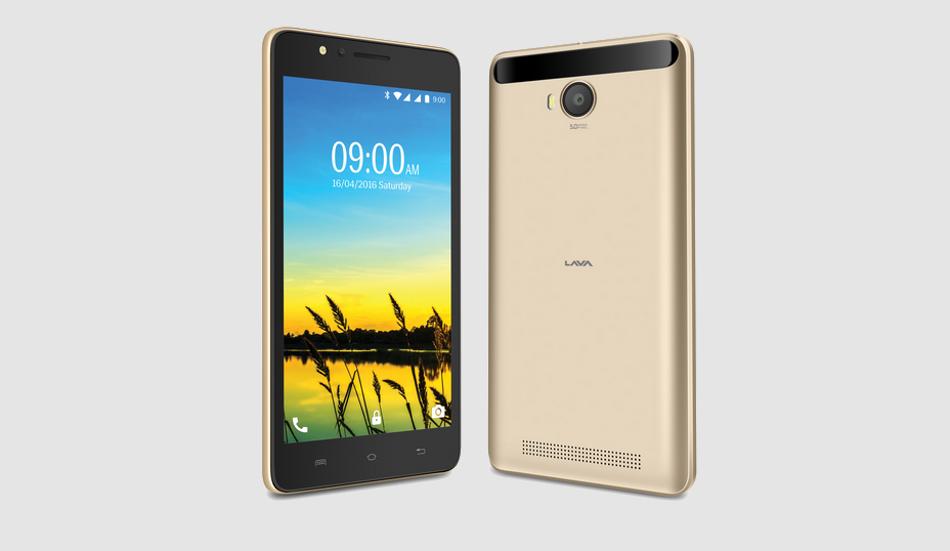 Lava A79 also offers an interesting feature, ‘Smart Screenshot’ that transforms scrolling pages from WhatsApp chats, Facebook, browsers into a single image which can be shared across social platforms with ease. Lava A79 smartphone comes with an incredible battery backup with 2200 mAh Li-ion battery and will be available in gold and grey colours with 1 year manufacturer warranty. 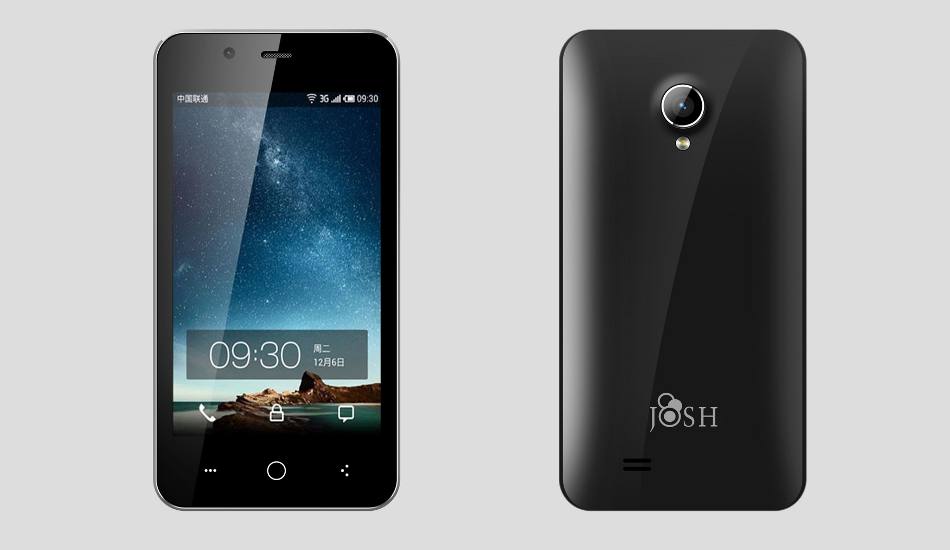 Josh Nest has a 1500 mAh battery and a 3 megapixel rear camera. It is available in Piano Black colour and 1 year warranty.

TheMicromax Bolt Selfie is priced at Rs 4,999 and is exclusively available for purchase through Flipkart. The Micromax Bolt Selfie features a 4.5-inch FWVGA (480x854p) display. It is powered by a 1GHz quad-core MediaTek (MT6735M) 64-bit processor, along with Mali-T720 GPU, 1GB RAM, 8GB internal storage, and option to expand up-to 32GB with micro SD card. The smartphone runs on Android 5.1 Lollipop operating system and has a 1750 mAh battery, which claims to offers up-to 18 hours of talktime and up-to 260 hours of standby time on 2G network. 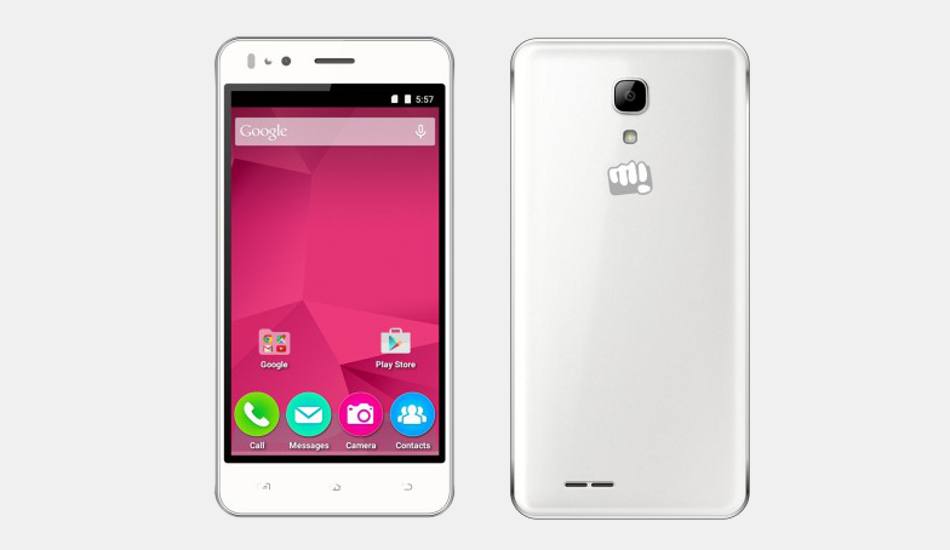 The smartphone is priced at Rs 5,599 and is available exclusively for purchase through Flipkart. The IntexCloud String HD comes in Black and White colours. 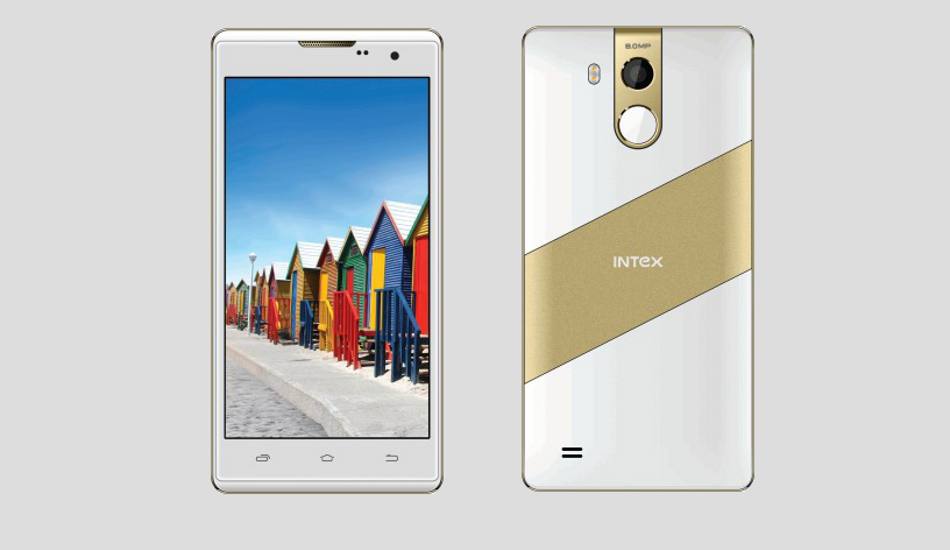 Intex Cloud String HD features a 5-inch (1280 x 720 pixels) HD on-cell 2.5D curved glass display. It is powered by a 1.3 GHz quad-core Spreadtrum (SC9832A) processor and 1GB of RAM. The phone has 8GB internal memory which is expandable memory to up to 32GB via a micro SD card. The smartphone runs on Android 5.1 Lollipop operating system and is packed with a 2200 mAh battery, which claims to offer up-to 7 hours of talktime and 190 hours of standby time.

The Cloud String HD also has a glass finish Fingerprint scanner 2.1 on the back panel. The handset measures 72.5Ã—144.5Ã—8.7mm and weighs around 150 grams.

Alcatel has announced the launch of its new 4G smartphone, the Pop Star, in India at Rs 6,999. Alcatel Pop Star is available for purchase exclusively from Gadgets 360. 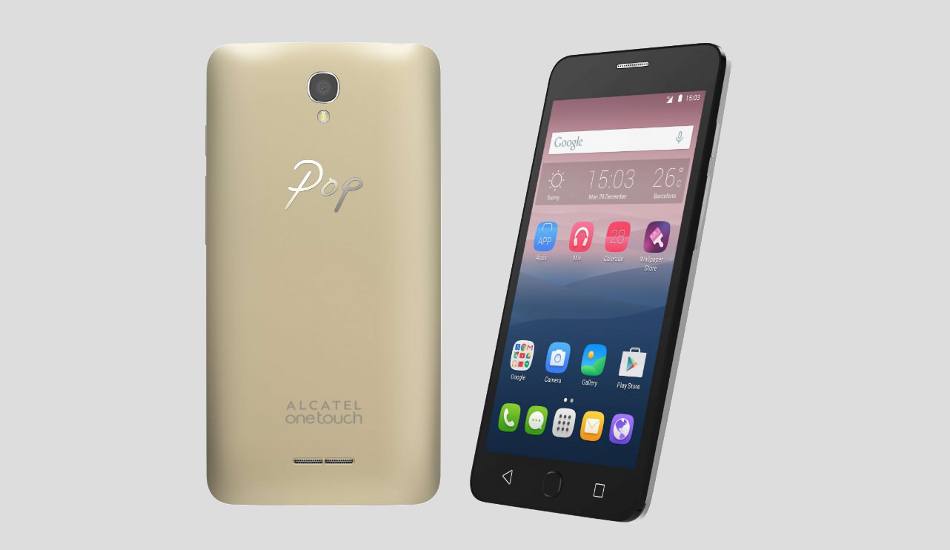 The phone has 8 GB of built-in storage and a memory card slot using which you can increase its memory by another 32 GB via a micro SD card.

The Alcatel Pop Star has an 8-megapixel rear camera with a LED flash and a 5-megapixel front-facing camera. The smartphone comes with two SIM slots and runs on Android 5.1 Lollipop operating system. It comes packed with a 2,000 mAh battery. 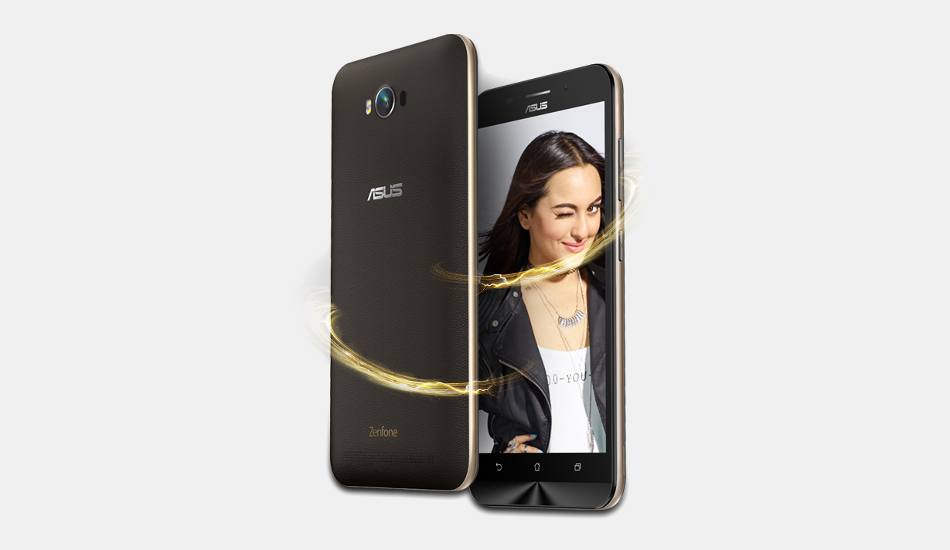 Lava announced the launch of a 4G tablet called Lava IvoryS 4G this week for Rs 8,799. The Lava IvoryS 4G comes in blue with black and white with silver color variants. 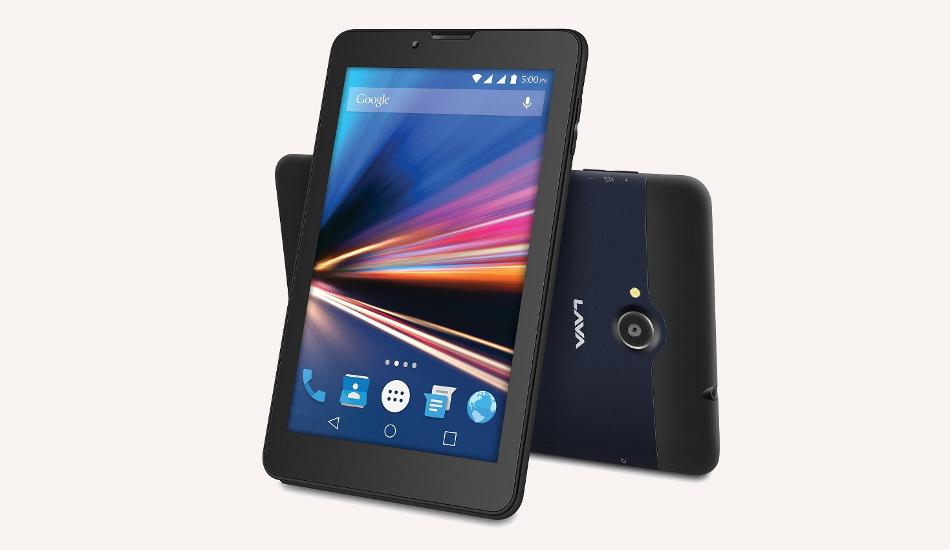 The tablet comes with 16GB of internal storage, which is further expandable by up-to 32GB via a micro SD card. The IvoryS 4G sports a 5-megapixel auto-focus camera and an LED flash light in its rear panel and a 3.2-megapixel camera in its front. The tablet gets the power from 3000 mAh Li-Po battery which claims to offer 8 hours of talk time.

LYF, which launched Flame 3 at the start of this week, also launched Flame 4 on Friday. It has a price tag of Rs 3,999. At the price, the Flame 4 now shares the cheapest 4G VoLTE smartphone tag along with Flame 3. It comes in Black color. 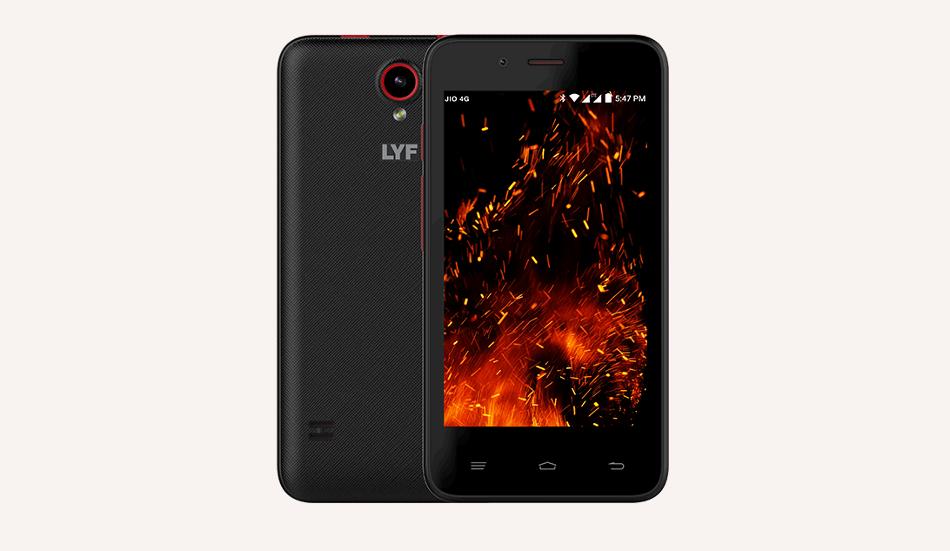 LYF Flame 4 features a 4-inch WVGA (480 x 800 pixels) display with 225ppi and Asahi Dragontrail Glass protection. It is powered by a 1.5 GHz quad-core processor, 512MB of RAM and Mali 400 MP2 GPU. The smartphone runs on Android Lollipop 5.1 operating system and comes with 8GB of internal storage, which can be further expandable by up-to 32GB via a micro SD card.