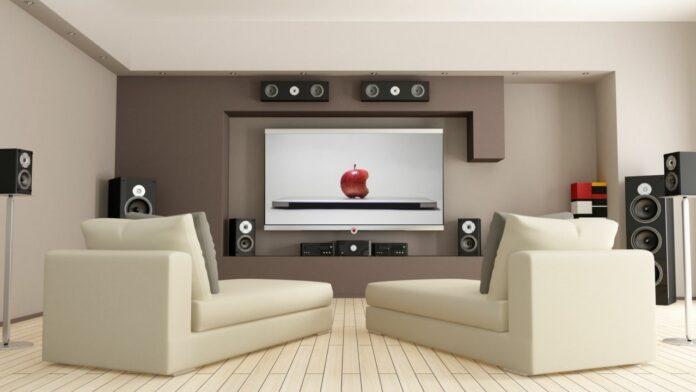 During the worldwide developer community (WWDC21), Apple announced Spatial Audio with Dolby Atmos support for Apple Music. Well, the service is now available in India on iOS devices (just update them). But what is so special about it? Think of it as something like 3D sound.

Now, the concept of 3D audio or surround sound has been around for quite a while. You would have heard of it in cinema halls and home theatres – terms like Surround Sound are used to describe it. It is quite a common feature when it comes to movies or gaming. And now Apple has added its own touch to it.

Spatial audio is basically Apple’s take on immersive audio or audio that surrounds you. Spatial Audio with Dolby Atmos support aims to add much more depth to your listening experience.

It attempts to bring a 360-degree effect to your audio. In fact, in a feature that has not been released yet (it will come shortly), Apple has actually added a dynamic head tracking feature to Spatial Audio, which tries to mimic real settings and moves the audio when you move. You will get the feature in iOS 15.

What does it work with

To experience Spatial audio with Dolby Atmos, you need iOS/ iPadOS 14.6 or above on your iPhone and iPad, and MacOS 11.4 or later on your Mac in order for it to work. The best part is that it costs nothing if you are already subscribed to Apple Music. And you do not have to pay extra for it if you are a new subscriber either.

What’s more, this feature is not restricted to Apple’s earphones. It will work with pretty much all headphones regardless of the fact that they are wired or wireless – of course, just remember that it will work BETTER with AirPods and EarPods. Also, the dynamic head tracking feature when it comes will be limited to Apple’s AirPods Pro and AirPods Max because it needs gyroscope sensors that track the movement of the user’s head.

A little word of caution: the feature might not work with ALL the tracks on Apple Music – the tracks with music with support for Spatial audio will have a small “Spatial Audio or Dolby Atmos” badge on them.

Activate Spatial audio with Dolby Atmos on your iPhone now, this is how

Activating Dolby Atmos on your iPhone is very easy. You simply have to go to Settings, choose Music and then select Dolby Atmos.

Here you will have three options: Automatic, Always On or Off. We do not need to worry about Off here.

In case you are using other headphones, then choose Always On. Selecting this will activate the feature to work with any pair of headphones you pair with your device.

That’s all it takes, really. Go ahead and try it – and feel the music surround you.