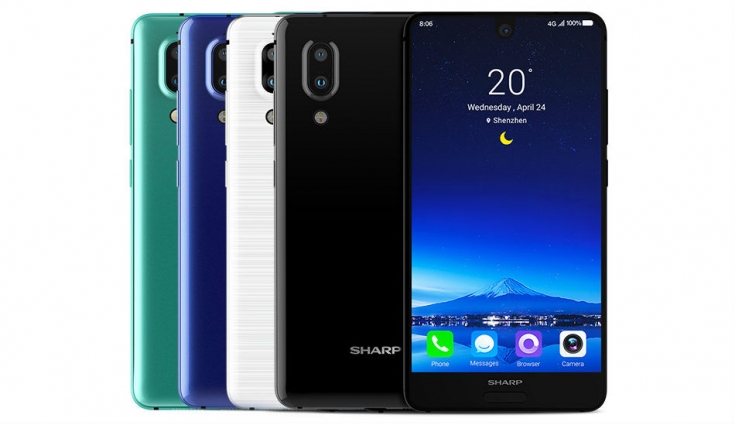 The smartphone runs on Android 8.0 Oreo operating system and is backed up by a 2,700 mAh battery.

The Sharp Android One S3 features a 5-inch IGZO full HD display with screen resolution of 1920 x 1080 pixels. It is armed with Qualcomm Snapdragon 430 octa-core processor, which is clubbed with 3GB of RAM, and 32GB of Internal storage, with an option to expand up to 256GB storage via microSD card. The smartphone runs on Android 8.0 Oreo operating system and is backed up by a 2,700 mAh battery.

On the camera front, the Sharp Android One S3 flaunts a 13-megapixel shooter with LED flash, hybrid AF and PDAF. In its front lies a 5-megapixel snapper for selfies and video chats. The smartphone does not house a fingerprint scanner either on its home button or its back. This Dual SIM smartphone supports 4G/LTE with VoLTE network and comes with all basic connectivity options like WiFi, GPS, Bluetooth 4.2 etc. This handset is water and dust resistant (IP 68), and a Type-C USB port is placed on its bottom. It measures 144 x 71 x 8.5 and weighs 143 grams.