The smartphone will be the first phone from the company to feature pop-up selfie mechanism.

Folks at Pigtou has revealed a set of renders of the upcoming Samsung smartphone. The report highlights that the upcoming smartphone might come under Galaxy A-series umbrella. However, there is no confirmation of this claim. 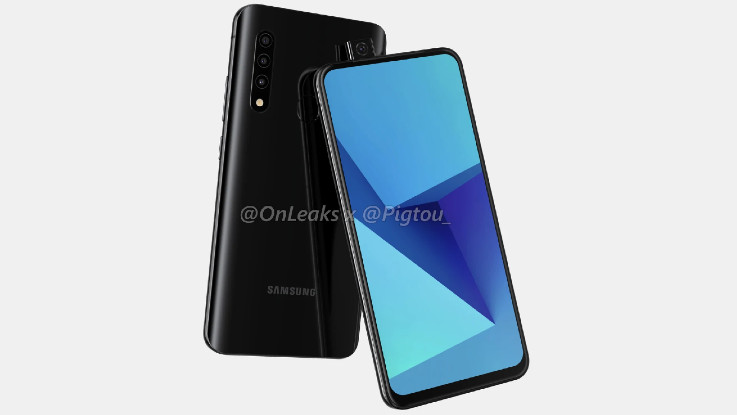 The base of the device comes with a USB Type-C port flanked between speaker grille and microphone. The top of the phone houses the pop-up mechanism along with a 3.5mm audio jack. The report highlights that the phone might also come with IR blaster. That said, there is no information about the hardware and other features of the upcoming smartphone.

Samsung extends Galaxy S20 offers till May 20 amid Coronavirus lockdown