The Samsung Z4 will now be the fourth smartphone powered by Tizen operating system after Samsung Z1, Z2 and Z3.

Seems like Samsung is getting ready for the launch of its Tizen series smartphone which is named as Samsung Z4 soon in the United States. As per the reports, the device has got the all necessary approval from Federal Communications Commission (FCC) that regulates interstate and international communications by radio, television, wire, satellite and cable in the US. The Samsung Z4 will now be the fourth smartphone powered by Tizen operating system after Samsung Z1, Z2 and Z3. For those who don’t know about Tizen, it is Samsung’s own mobile operating system. 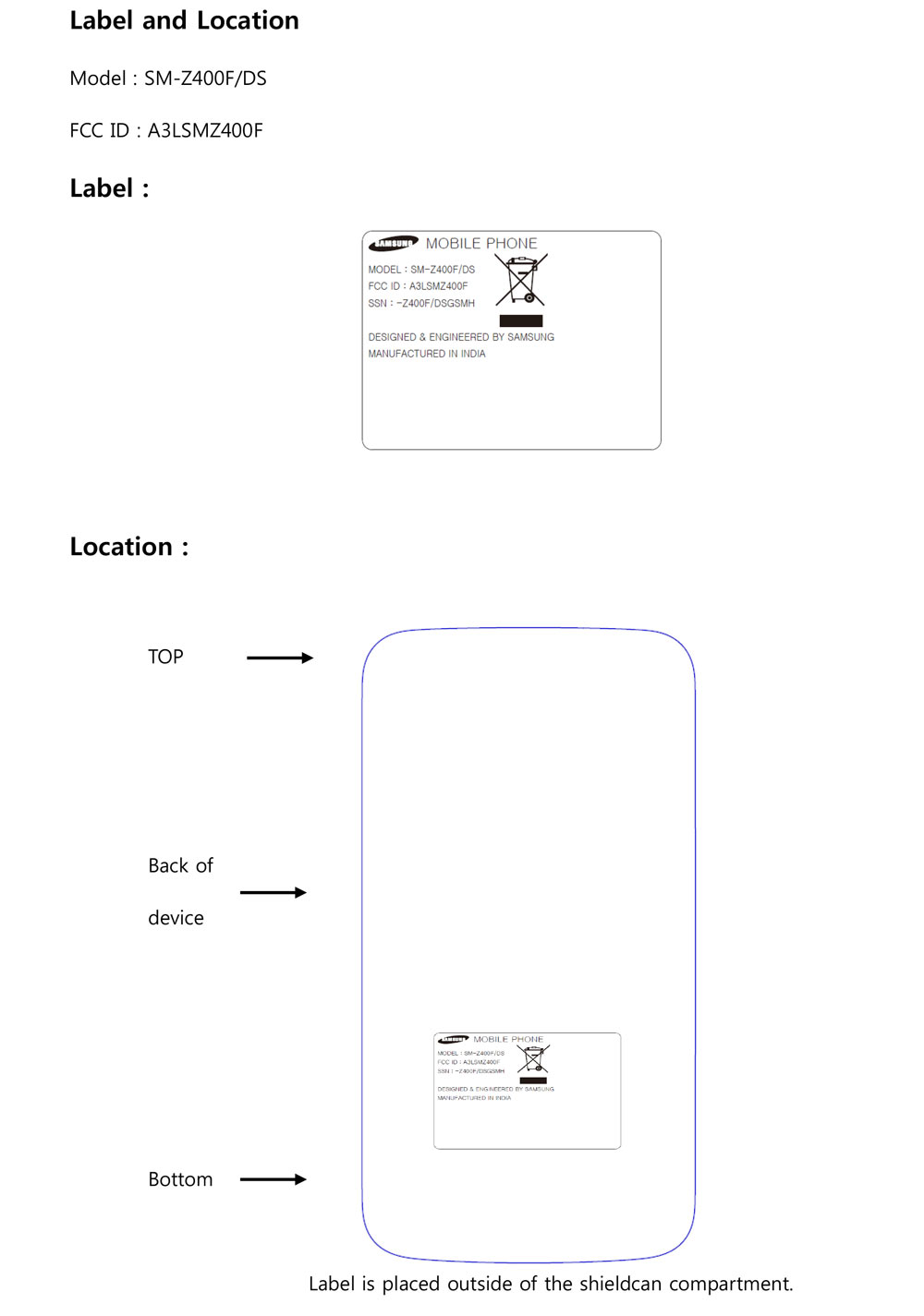 The FCC document, however, does not reveal much about the specifications of Samsung Z4 but it shows the model number of the device which is SM-Z400F. The FCC documents confirms that the device will also be available in a dual-SIM option with model number SM-Z400F/DS. The listing has also revealed that the Samsung Z4 will come with connectivity features like 4G LTE, Bluetooth 4.0LE up to 2GHz, WiFi, GPS and other connectivity options. The smartphone will come with a Lithium-ion battery with rating 3.85V, 7.9Wh. The dimensions of the phone are 132 .9 mm x 69. 2 mm, as per the FCC listing. The listing doesn’t reveal any other specifications of the upcoming smartphone.

The Tizen 2.4 operating system based Samsung Z3 has a price tag of Rs 8,490 and it comes in gold, black and silver colors. The Samsung Z3 features a 5-inch HD Super AMOLED display. It is powered by 1.3 GHz quad-core processor and 1GB of RAM. The smartphone come with 8GB of internal storage which is further expandable up-to 128GB via microSD card. The Samsung Z3 flaunts an 8-megapixel autofocus rear camera with an LED flash and a 5-megapixel front camera for selfies and video calling. The smartphone gets the power from a 2,600 mAh battery and it comes with Samsung’s Ultra Power Saving Mode as well. On the connectivity front, the device offers 3G, WiFi, Bluetooth, and GPS.