The smartphone will be named as SM-W2018 and the leaked images show the front and back panel.

It seems that Samsung is working on a new Android-powered flip phone. A new flagship flip phone has leaked in new hands-on images, which shows some key design aesthetics.

The leaked images were by shared a Twitter user known as MMDDJ_. The smartphone will be named as SM-W2018 and the leaked images showthe front and back panel. To start with, one can see a touchscreen on the front with company’s logo at the top. When you open the flap, there is another screen at the top half, while at the bottom, one can find physical keypad and navigation buttons, which is similar to the SM-W2017. 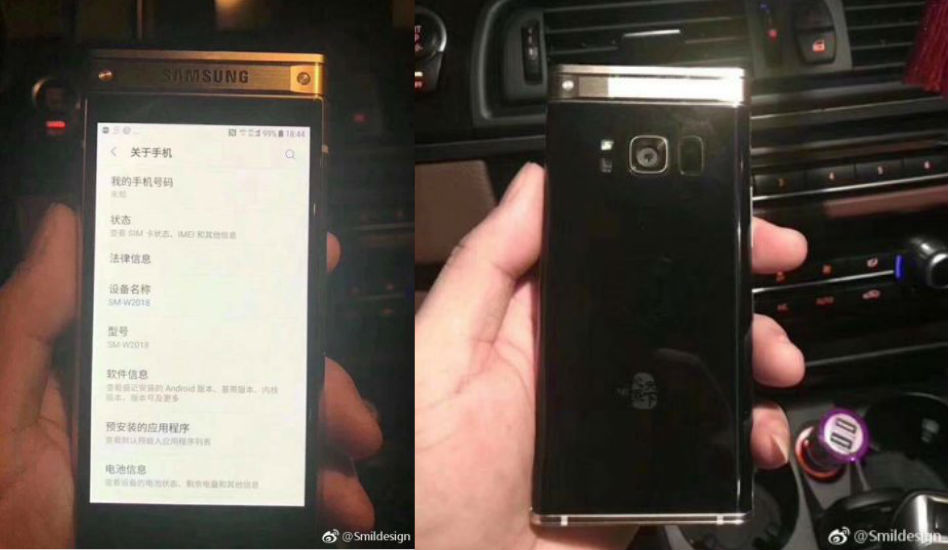 The back panel has a primary camera module along with LED flash and fingerprint sensor and the body seems to be made of glass. However, there is no way to authenticate the images. So, we suggest you take this report with a pinch of salt.

According to previous rumours, the Samsung SM-W2018 will bear flagship-level specifications. The phone is reported to sport 4.5-inch Full HD displays and it will be powered by the latest Qualcomm Snapdragon 835 processor. The flip phone will be backed by a 4GB of RAM and 64GB of internal storage.