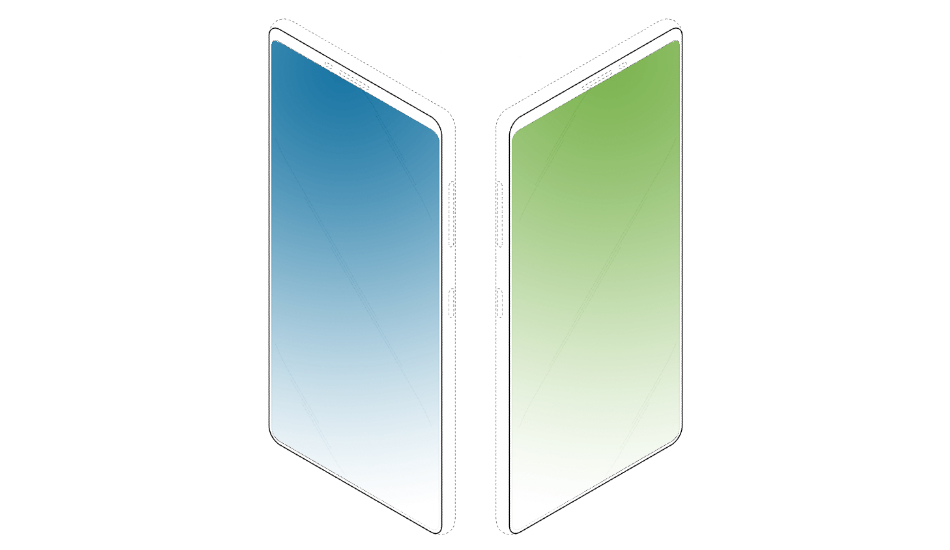 Filed under the US Patent and Trademark Office, the Samsung patent does away with the bottom chin with extremely thin bezels on each side with the top part only taking a little space for an earpiece and relevant sensors. What’s more interesting is the rear end of the device which now accommodates a secondary display.

A new patent has been filed by Samsung and from the looks of it, there will soon be a bezel-less Galaxy smartphone with no notches, no bottom chins nut just the earpiece and sensors at the top. Following what BBK siblings Vivo and Oppo did with their Nex and Find X smartphones, it won’t be a surprise to see Samsung rethink the design aspects for its next flagship smartphone.

First picked up by MobielKopen, the Samsung patent is filed under the US Patent and Trademark Office and does away with the bottom chin. There are extremely thin bezels on each side with the top part only taking a little space for an earpiece and relevant sensors. What’s more interesting is, perhaps, the rear end of the device which now accommodates a secondary display that stretches up to one-third of the whole back.

All physical buttons are present at the usual positions on the right edge with a loudspeaker and a USB-C port at the bottom. While it’s unclear when the South Korean giant would implement the patent design, the sketch appears to be a reminiscence of the company’s Note lineup with a large display and curved edges to go with it. 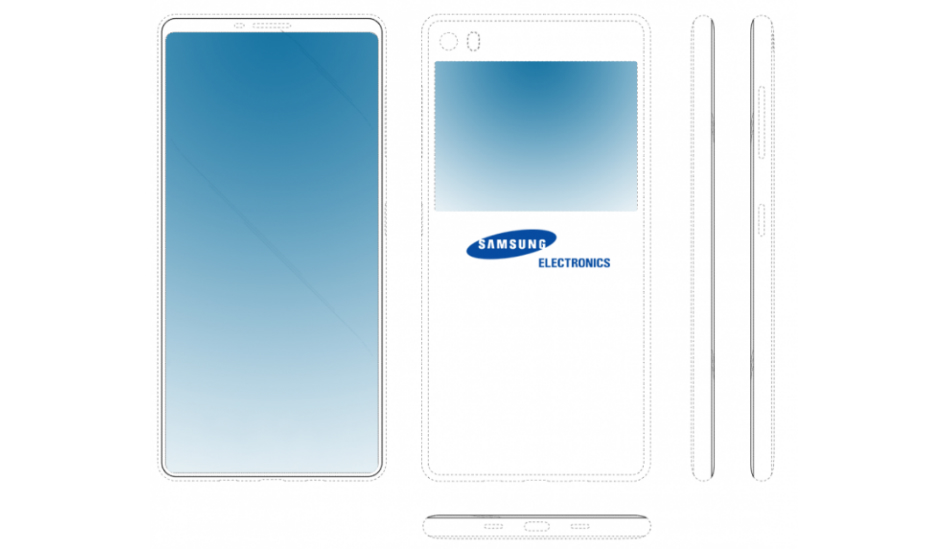 What’s also uncertain is whether Samsung will only a single-sided camera setup on the device considering there’s no space for one on the front. This wouldn’t be such a bad idea keeping in mind there’s a secondary display instead of an all-glass usual back panel with the camera module at the middle. If the device comes to look anywhere like it’s patent sketch, the camera will be placed on top of the secondary display. There’s also no fingerprint scanner on either side of the phone, meaning Samsung could be in works to implement an under-display fingerprint scanner or go all in for Face ID-like biometrics.

One thing to be noted is that Samsung might take its own sweet time designing such a product for its flagship consuming audience and with the Note 9 expected to be released in or around August, it doesn’t seem likely for Samsung to do so. Nevertheless, while the rear facing screen looks like a thing for the future, the front design doesn’t seem too far-fetched to be implemented in the next line of smartphones.