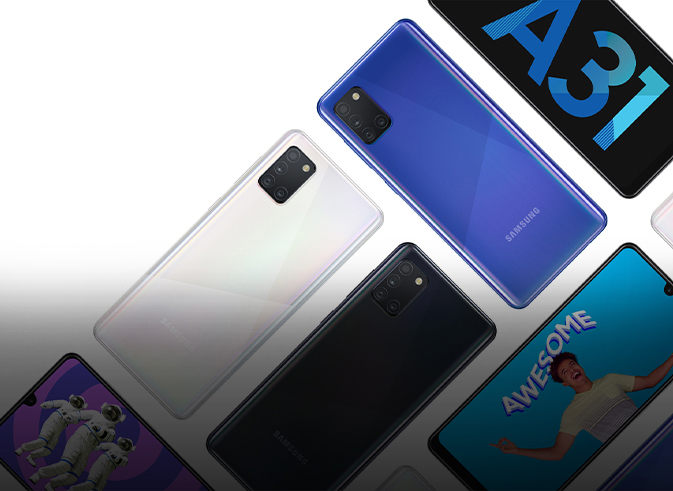 The Samsung M51, Galaxy A31 update brings Bitmoji stickers for the Always On Display and a new Split Keyboard mode.

Samsung is now rolling out the One UI 2.5 update to its Samsung M51 and Galaxy A31 smartphones. Along with the update, both devices have also received November 2020 Android security patch.

You can download the latest firmware by tapping the update notification once it comes to your phone. You can check for it manually by clicking on Settings > Software update > Download and Install to check and install the software.

Apart from adding November security patch, the update brings Bitmoji stickers for the Always On Display, Split Keyboard mode when the Samsung Keyboard is in landscape mode and Google navigational gestures related to third party apps.

The report further adds that the Galaxy M51 update rolling out in India right now does not include the features that let you select the duration of Single Take videos and photos and has no new Wi-Fi indicators as well.

To recall, Samsung Galaxy M51 features a 6.67-inch Super AMOLED Plus Infinity O Display with a resolution of 1080 x 2340 pixels, 20:9 aspect ratio, a 60Hz refresh rate. It runs Android 10-based One UI 2.0.It features a side-mounted fingerprint sensor.

There is a huge 7000mAh battery in the Galaxy M51 which comes support for 25W fast charging. It is powered by 2.2GHz octa-core Snapdragon 730G SoC with up to 8GB and 128GB storage. It has a quad rear camera setup comes with a 64-megapixel primary Sony IMX682 sensor, a 12-megapixel ultra-wide-angle shooter, 5-megapixel macro shooter, and a 5-megapixel depth sensor. There is a 32MP shooter on the front.

Samsung Galaxy A31 comes with a 6.4-inch Full HD+ Infinity-U Super AMOLED display with a screen resolution of 2400 x 1080 pixels. The phone runs on Android 10-based One UI out of the box. There is a 5000mAh battery with 15W fast charging support via USB Type-C.

It is powered by the MediaTek Helio P65 SoC paired along with 6GB RAM and 128GB internal storage. The phone has a quad-camera setup with a combination of 48-megapixel primary lens, an 8-megapixel wide-angle lens, a 5-megapixel depth sensor and a 5-megapixel macro lens. For the front, there is a 20-megapixel selfie shooter.

Share
Facebook
Twitter
WhatsApp
ReddIt
Previous articleGoogle Maps introduces Community Feed for better local recommendations
Next articleAirtel Delhi Half Marathon used technology to keep the fans running from wherever they are, Here is how!
RELATED STORIES