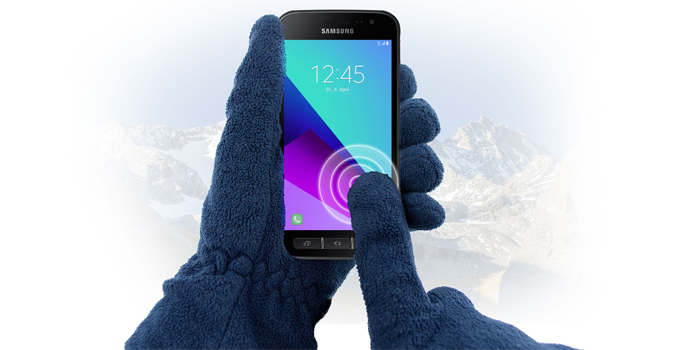 The handset is IP68 and MIL-STD 810G-certified for its water resistant capabilities.

Samsung has silently announced its next rugged smartphone which is named as Galaxy Xcover 4. If you are not aware, the device is the successor of Galaxy Xcover which was launched in the year 2015.

The Samsung Galaxy Xcover 4 is priced at 259 Euros which is approximately Rs 18,200 and comes in black colour and will be available for purchase in Europe.

The handset is IP68 and MIL-STD 810G-certified for its water resistant capabilities. To explain, the IP68 certification allows the phone to withstand prolonged immersion in water at depths of up to 1.5 meters and is fully resistant to dust. Moreover, it can work in extreme temperatures, both low and high as guaranteed by US military standard MIL-STD 810G.The smartphone has the ability to work even when you are using the phone with gloves.

The Samsung Galaxy Xcover 4 has a 13-megapixel camera with LED flash and f/1.9 aperture and a 5-megapixel camera is in its front. Besides, the smartphone include 4G-LTE, Bluetooth 4.0, WiFi, GPS/A-GPS/GLONASS, NFC, a micro USB port, and it weighs 172 g.