Samsung Galaxy Unpacked event 2022 will be held in February. However the company has not revealed an exact launch date. 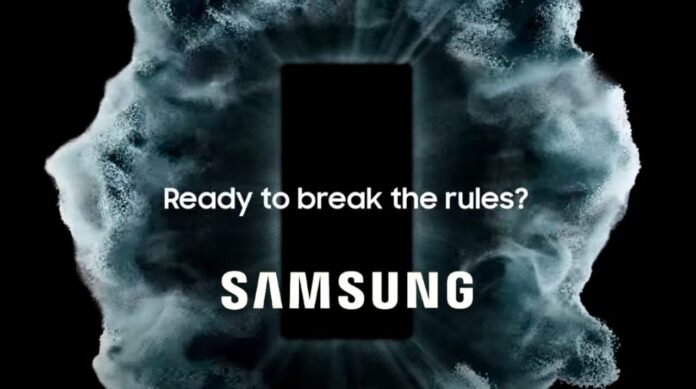 UPDATE: Samsung has now officially scheduled Samsung Galaxy Unpacked event on February 9. The company says that the event will “set an epic new standard for smartphones with the most noteworthy S series ever created”.

Samsung will live stream the August 11 Galaxy Unpacked event on its official YouTube channel. The event will be also broadcast on Samsung Newsroom and Samsung.com at 08.30 p.m. IST 10 a.m.

Earlier: Samsung has scheduled Samsung Galaxy Unpacked 2022 event in February. The company says that it will release a Noteworthy S series.

Samsung Electronics President TM Roh has confirmed the Samsung Galaxy Unpacked 2022 launch event. At the event, the company will launch its new noteworthy Galaxy S-series smartphones that will support the S Pen. The Galaxy S22 series is expected to comprise the Galaxy S22, Galaxy S22 Plus, and Galaxy S22 Ultra.

In a blog post, he said, “At Unpacked in February 2022, we’ll introduce you to the most noteworthy S series device we’ve ever created. The next generation of Galaxy S is here, bringing together the greatest experiences of our Samsung Galaxy into one ultimate device. We know many of you were surprised when Samsung didn’t release a new Galaxy Note last year. You loved the unparalleled creativity and efficiency of the Galaxy Note series, which enabled you to switch from gaming nirvana to high-octane productivity in the blink of an eye. You raved about the lifelike S Pen, which many say rivals putting ink to paper. And we haven’t forgotten about these experiences you love.”

However, the post did not reveal the official launch date of the upcoming Samsung Galaxy S22 smartphones. However, as per rumours, they will be launched on February 9 at the Galaxy Unpacked event. So we should know the exact launch date in the coming days.

Samsung released a video as well of what to expect at the event. Have a look below:

The vanilla Galaxy S22 and Galaxy S22+ will reportedly come in a Rose Gold colour variant. The Galaxy S22 Ultra is tipped to come in a Red variant. All three devices will feature Snapdragon 8 Gen 1 SoC or an Exynos variant for some markets.

Additionally, the Samsung Galaxy S22 and S22+ will come with a triple camera setup. This will include 50MP primary sensor with f/1.8 aperture, a 12MP ultra-wide angle lens with f/2.2 aperture and a 10MP telephoto lens with f/2.4 aperture, 3X zoom. In addition, both the devices will use a 10MP front camera with f/f2.2 aperture.