Samsung has begun the pre-reservations for its Galaxy S22 series and Galaxy Tab S8 series in India along with an offer. 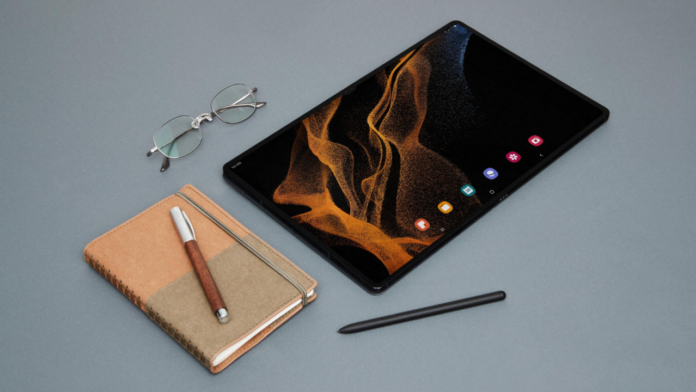 The Galaxy S22+ has a smaller display in comparison with the S22 Ultra. It has a 6.6-inch Dynamic AMOLED 2x flat display with 2340 x 1080 pixels resolution. It supports an adaptive refresh rate up to 120Hz and touch sampling rate of up to 240Hz. The display also gets max brightness of up to 1750 nits.

The Galaxy S22’s display gets even smaller at 6.1-inches but with same display specs as the Galaxy S22+, except for lower peak brightness values at 1500 nits. In addition, these panels are protected with Gorilla Glass Victus+, the same as the Ultra.

All three smartphones are powered by Snapdragon 8 Gen 1 SoC, and Exynos 2200 in some regions. The S22 series has LPDDR5 RAM and UFS 3.1 storage. The Galaxy S22 Ultra has a quad-camera setup at the rear, including a 108MP primary wide camera with dual pixel AF, f/1.8 aperture, a 12MP ultra-wide camera with 120-degree FoV, f/2.2 aperture, a 10MP telephoto camera with 3x Optical Zoom support, f/2.4 aperture and another 10MP telephoto sensor with 10x optical zoom support and f/4.9 aperture. In addition, there’s a 40MP front sensor with an f/2.2 aperture for selfies and video calls.

Galaxy S22 Plus and the Galaxy S22 drop a telephoto sensor from the S22 Ultra, and both have an identical triple camera setup. It comprises a 50MP primary wide camera with f/1.8 aperture, multi-directional PDAF and OIS. Then there’s a 10MP telephoto sensor with 3x Optical Zoom support, an f/2.4 aperture, OIS, PDAF and a 12MP ultra-wide sensor with an f/2.2 aperture and 120-degree FoV. Finally, both of them have a 10MP f/2.2 front-facing camera.