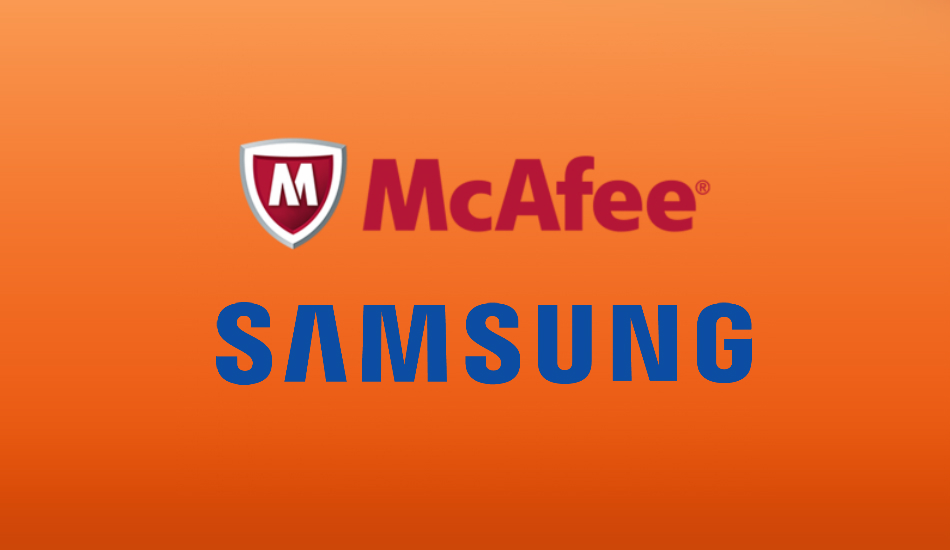 At Mobile World Congress 2019, McAfee has announced its partnership with Samsung to safeguard consumers from cybersecurity threats on Samsung Galaxy S10 smartphones.

As per a recent McAfee surveys, 45% of worldwide respondents said that identity and privacy are their biggest concerns for online risks, and 20% said that they would use unsecured Wi-Fi to make an online purchase. What most consumers tend to overlook is that Wi-Fi wasn’t born to be secure; it was born to be convenient. There are many ways for hackers to see who’s connected on a wireless connection and to gain access to personal information, which calls for companies to build security in from the start in order to better protect consumers.

In addition to mobile, the partnership expands to protect Samsung smart TVs, as well as PCs and laptops. McAfee LiveSafe comes pre-installed on all previously announced Samsung PCs and laptops in 2018. Plus the software is now available on the new Samsung Notebook 9 Pen, Samsung Notebook 9 Pro and Samsung Notebook Odyssey. All Samsung laptop users are able to enjoy to a 60-day free trial and will receive special discounts after the trial period is over. McAfee extended its contract to have McAfee Security for TV technology pre-installed on all Samsung Smart TVs produced in 2019. McAfee Security for TV scans the apps that run on Samsung smart TVs to identify and remove malware.

Terry Hicks, executive vice president, consumer business group, McAfee said “Due to the growing threat landscape and expansion of the attack surface, it’s more important than ever that consumers protect not only traditional devices like smartphones, PCs and laptops, but also connected home devices, such as Smart TVs. By working together with Samsung to provide comprehensive cross-device protection, we’re delivering essential security protection to more than 500 million customers, giving them the confidence they need to protect what matters.”