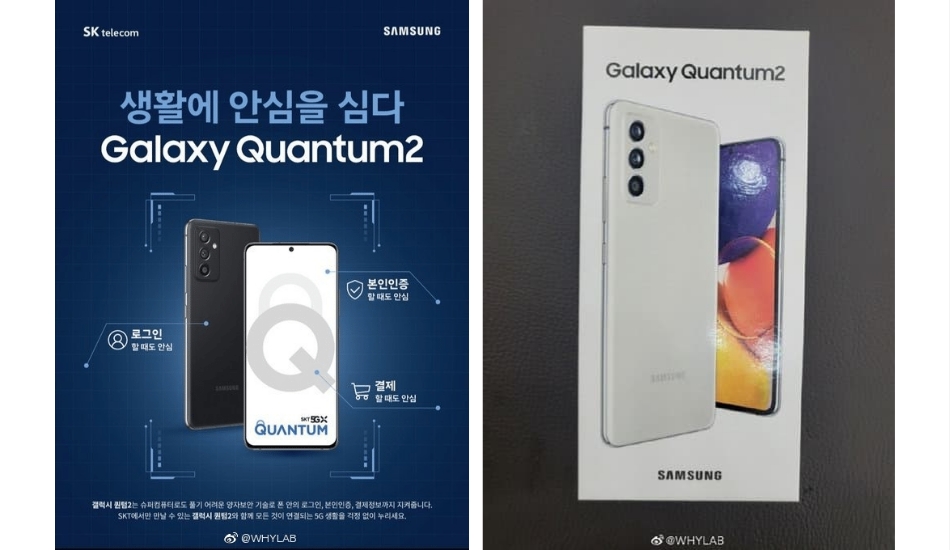 Samsung Galaxy Quantum 2, that is supposed to launch as the Galaxy A2 5G in some of the markets has been leaked that reveals the design as well as the specifications of the smartphones. An expected launch date for the device has also popped up as per which it could arrive on April 23rd.

A new leak comes from tipster FrontTron on Twitter who has leaked the full specifications of the smartphone. According to the tipster, the Samsung Galaxy Quantum 2 will be available for pre-order on April 13 and will launch on April 23. Per him, Galaxy Quantum 2 aka Galaxy A82 5G will sport a 6.7-inch Super-AMOLED full-HD+ (1,080×2,400 pixels) Edge display with 120Hz refresh rate and 800 nits of peak brightness. 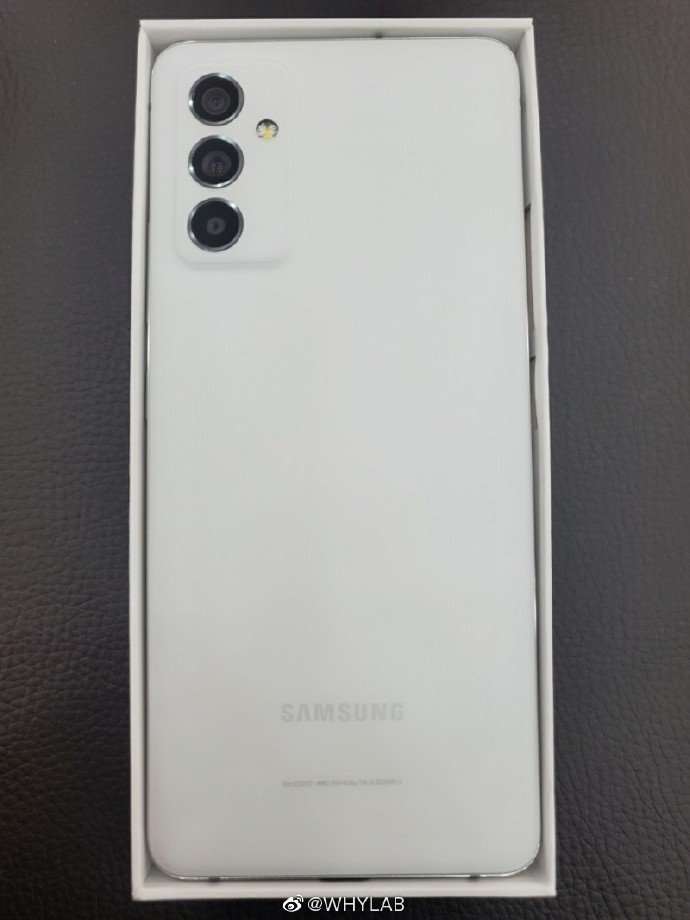 He says the phone will be powered by the Snapdragon 855+ chip and says the camera will come with optical image stabilisation. Other features of the smartphone include Samsung Pay with Magnetic Secure Transmission (MST), IP67 water and dust resistance rating, Dolby Atmos, and a dedicated microSD slot to expand the onboard storage.

The pictures of the rumoured Samsung Galaxy Quantum 2 have been leaked by South Korean blog Naver.com, and also shared by tipster Mukul Sharma. The report by Naver claims that the phone will launch on April 23 in South Korea and have the same design as the Samsung Galaxy S21+ but a full-HD+ display. As per the report, the phone bears the model number SM-A826 which stands in line with Galaxy A82 5G model number spotted on Bluetooth SIG and Geekbench listings.

The Samsung Galaxy Quantum 2 is expected to be powered by the Snapdragon 855+ per the report that should be paired with 6GB of RAM and 128GB onboard storage which stands in line with Tron’s leak. The same specifications were also found earlier on Geekbench and in a Google Play Listing as well.

The camera on the back of the Galaxy A82 5G will have a 64MP primary shooter whereas the 4G variant should have a 64MP sensor as well but it should be the Sony IMX686 and not Samsung’s GW1 sensor. The phone is also said to feature a Quantum Random Number Generator (QRNG) chip to increase the encryption of the data on the device.

The phone is likely to be backed by a 4500mAh battery with 15W fast charger in box and 25w fast charging support. As per leaks and reports, the phone is not intended for the European market but for the brand’s home market of South Korea as per the report.